The project which was given the planning go-ahead by Edinburgh City Council in December 2009 will include a 2,000 m2 multi-purpose hall, breakout areas, café and office accommodation as well as a new entrance building.
A separate eight storey commercial office building, with three retail units at ground floor, has been designed to achieve a BREEAM rating of Excellent.

The contract, awarded to Sir Robert McAlpine is scheduled for completion by the end of 2012. 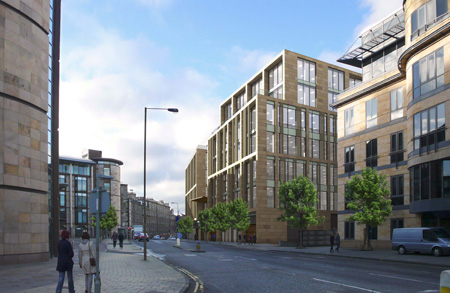