Michelle McDowell is Business Woman of the Year

BDP’s Michelle McDowell has won the title of Veuve Clicquot Business Woman of the Year 2011. The announcement was made on Monday 28 March at a ceremony at Claridges in London.

Anita Roddick DBE and LK Bennett founder Linda Bennett are previous winners of this prestigious award celebrating women of achievement; entrepreneurs and business women from a wide range of industries that contribute to the economic life of the country.

The judging criteria placed an equal balance on financial results and the socially and environmentally responsible business practises adopted to deliver these.

Michelle McDowell, on receiving her award, said: “I am deeply honoured to receive this award today. Looking at past winners and indeed my fellow nominees, I am delighted to follow in the footsteps of such an esteemed list of highly talented business people who are an inspiration to women everywhere. I see my role as this year’s winner to hopefully inspire and act as a mentor for women in what is historically a male dominated industry and wider business world.”

Elsa Corbineau, Brand Director of Veuve Clicquot said:  “We are delighted that the judges have selected a winner who fully embraces the nature of the awards and can provide inspiration for other up and coming entrepreneurs. Michelle has proven that commercial success can be achieved alongside acting as an ethical business and it is wonderful to see a stand out business woman actively championing the next generation of female entrepreneurs.”

In 2010 Michelle became the first woman to chair ACE (Association for Consultancy and Engineering). Later in the year she won the property category of the First Women Awards, and was also awarded an MBE, for services to the construction industry, in the Queen’s birthday honours list.

As chair of civil and structural engineering at BDP, Michelle has been responsible for some of the practice’s biggest and most high profile award winning projects including the redevelopment of the Royal Albert Hall, new headquarters for the BBC in Birmingham, and the refurbishment of the All England Lawn Tennis Club in Wimbledon.

In addition to commercial success, Michelle has also ensured that social and environmental responsibility is at the core of her work. She served as an industry expert on a Government Innovation and Growth Team contributing to the ‘Low Carbon Construction’ report published in November 2010. The final report was drawn from across the UK construction industry to consider how it can rise to the challenge of the low carbon agenda and the need to reduce emissions by 80% by 2050.

Her significant work in championing engineering as a career for all has also led to the creation of a BDP scheme at New Hall, University of Cambridge to provide bursaries to female students of engineering. In addition, she was a judge for two years running for the Inspire Award for Women in the Built Environment.

The other finalists were: 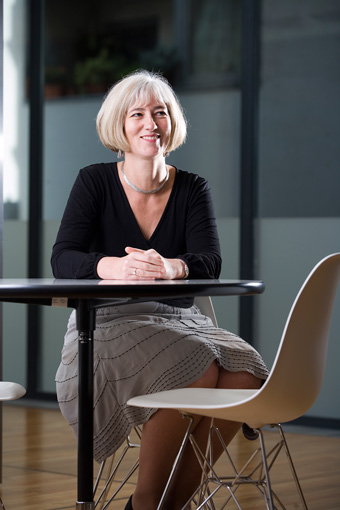