Blueprint magazine, the authority on architecture, design and art, has revealed the winners of the 2015 Blueprint Awards at a ceremony in London on 22 October.

BDP and Wolfgang Buttress won the award for Best Public Building with the UK Pavilion at Milan Expo from a shortlist of 14. The awards honour excellence in the architecture and design industry by selecting winners across 12 categories from projects all over the world.

Johnny Tucker, editor of Blueprint magazine, commented about the awards: “In just the second year of the awards we found our international reputation has gone before us and the quantity and quality of the projects we received from all over the globe was nothing short of stunning.”

The pavilion has had over three million visitors so far since opening in May 2015, and this major accolade brings its award tally to seven, including the International Prize for Best Pavilion Architecture by the Italian Association of Architects and other Italian national construction and landscape organisations.

BDP’s architects, landscape and lighting consultants designed the pavilion as part of a team led by Nottingham-based artist Wolfgang Buttress and including contractor Stage One and structural engineer Tristan Simmonds. 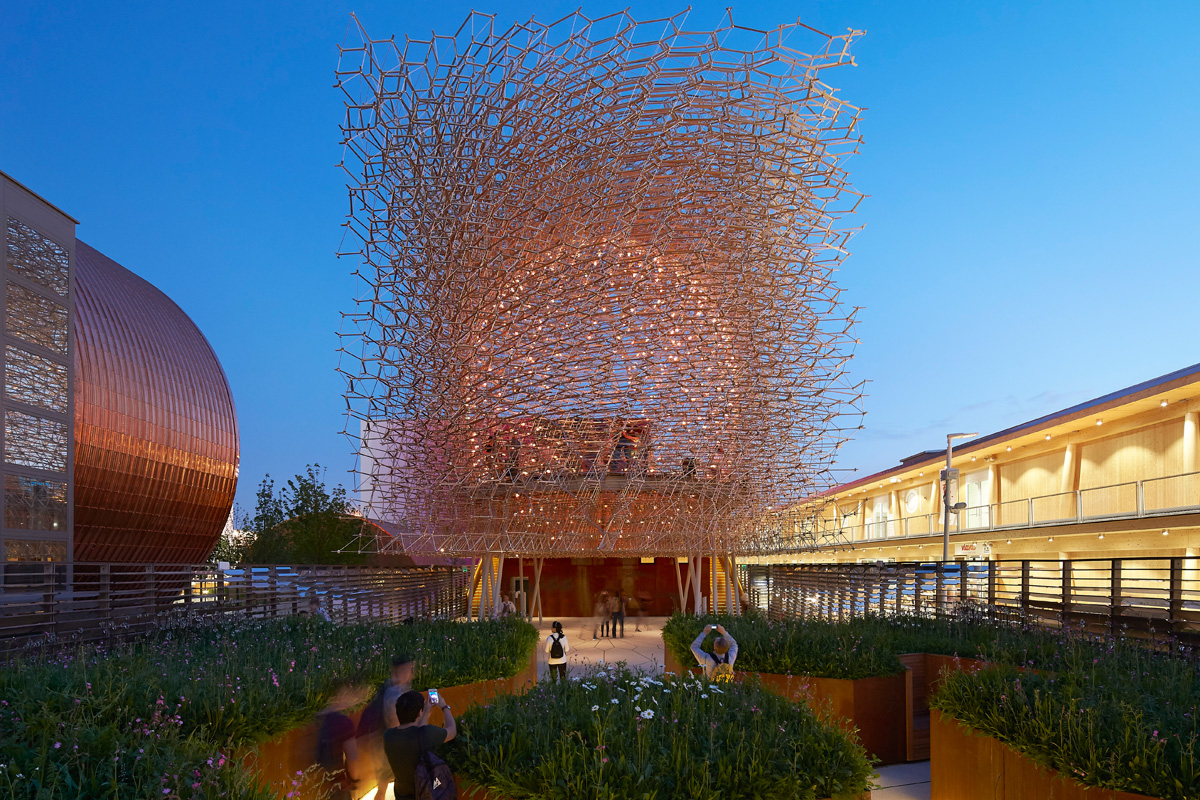