The Hive comes to Kew Gardens

The centrepiece of the award winning UK Pavilion at the Milan Expo, The Hive, will have a new home at Kew Gardens.

The UK Trade & Investment (UKTI) and the Royal Botanic Gardens, Kew announced today that the structure, which is an immersive, multi-sensory experience inspired by UK ground-breaking scientific research into the health of bees, will open to the public in June 2016.

“We are thrilled to be working with Kew Gardens to bring The Hive back to the UK.  The original concept for the UK Pavilion was based around landscape, and so it gives me great pleasure to once again be playing a lead role in the next chapter of this fantastic project. A sensitive approach to the integration of The Hive into the gardens is needed and our international team of award winning designers, made up of landscape architects and engineers, will work closely with Wolfgang Buttress and Kew to achieve this."

“We are truly delighted to announce The Hive’s move to Kew, both for its magnificent aesthetic appeal and for the resonance it has with our work – I can think of no better home for this remarkable marriage of architecture and science."

“The UK Pavilion at the Milan World Expo 2015 was an outstanding success. It was visited by over 3.3 million people in just six months, with a further 450 million people viewing it across the world’s media and online, and it received multiple awards, including the Expo’s gold medal for best architecture and landscape design."

Our architects, landscape, lighting and sustainability consultants designed the original pavilion as part of a team led by Nottingham-based artist Wolfgang Buttress and including contractor Stage One and structural engineer Tristan Simmonds.

View our film of the original scheme on our YouTube channel: 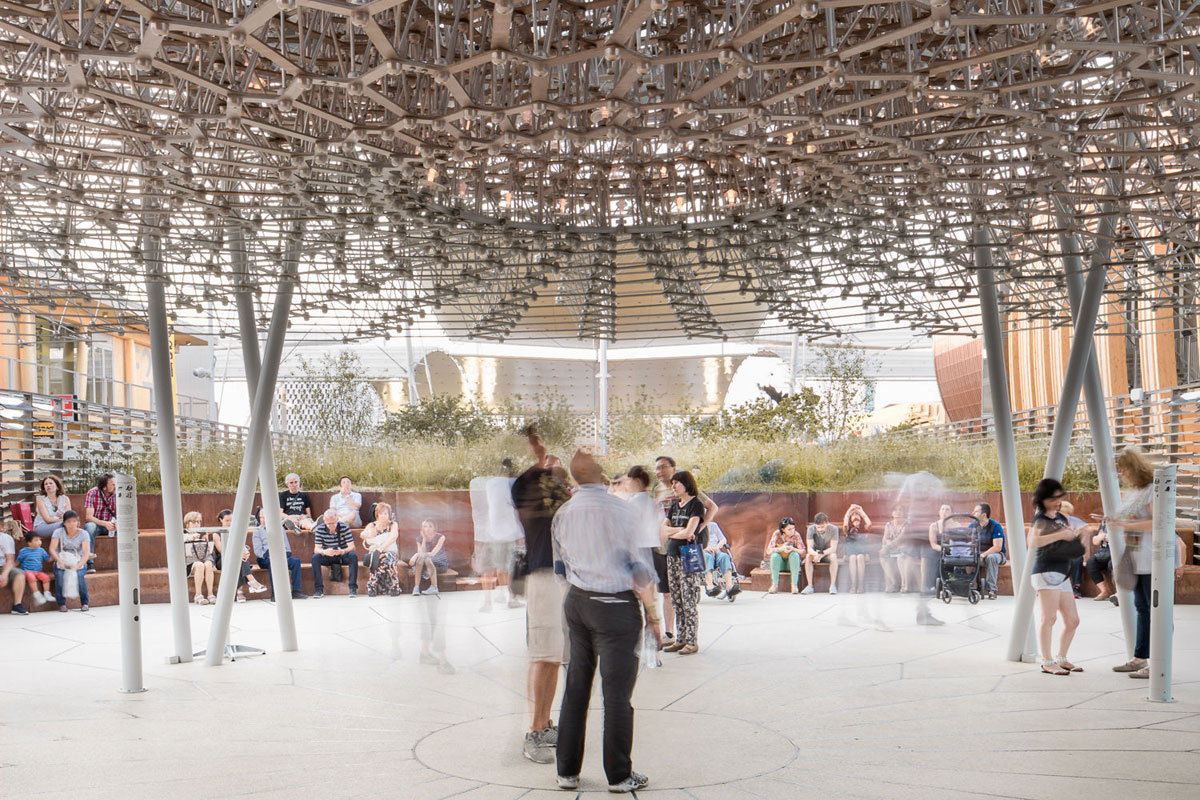