Designs for a 37 storey tower by BDP have been revealed. The proposed tower would be Sheffield’s tallest building and is planned in the city centre directly opposite the railway station.

The development would feature conference facilities for 300 people, a 120-room hotel, roof gardens, dining and bar areas, 200 residential units and food outlets on the ground floor.

BDP has been working with Sheffield Hallam University to develop the proposals which support the university’s 20-year campus masterplan, also designed by BDP, which was revealed last month.

The tower would be one of the first things passengers exiting from Sheffield station would see on arriving in the city.

A university spokeman said: “We have been working with partners BDP and Lambert Smith Hampton to develop a proposal to transform this location, opposite Sheffield railway station. Sheffield Hallam is currently working on a feasibility study and a proposal, which includes a 37 storey building with mixed-use facilities which was presented at the MIPIM real estate exhibition and conference in Cannes.”

Architect director Stephen Marshall said: “We’re very proud to have worked with Sheffield Hallam University to help create this ambitious proposal for an extremely prominent site at the gateway to the city. There is a long way to go but there has been a lot of interest in the project so we’re really optimistic about its prospects.” 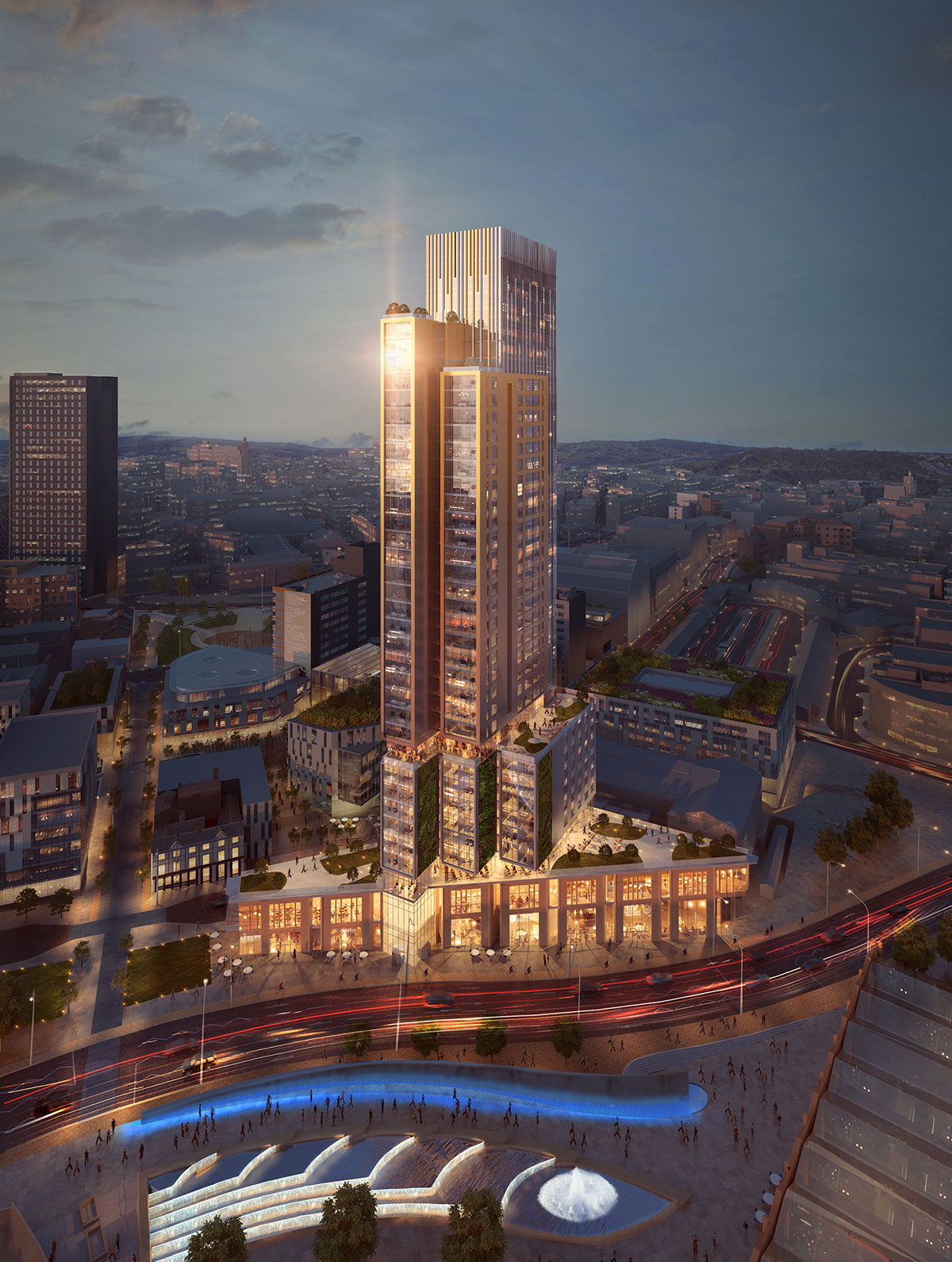