The Manchester studio of BDP, the UK’s largest design practice, has won the contract to deliver the masterplan for a major new tourist retreat at Fouka Bay in Egypt.

The contract is the latest in a stream of international buyers for BDP’s expertise.

BDP is the seventh largest business of its kind in the world, despite it being mainly based in Europe, and last June the practice appointed International Development Director David Cash to drive its overseas business.

Mr Cash’s target of doubling the proportion of BDP’s work for foreign clients from 10% to 20% is on track, he says.

Located on the Mediterranean coast, between Alexandria and Marsa Matruh, the nearest town is the settlement of Fouka, a Bedouin settlement whose culture will inform the design approach to Fouka Bay.

Set in 300 hectares of desert, the Fouka Bay site is situated between the Mediterranean and the coastal highway. With fine white sandy beaches, shallow clear blue water and coastal dunes, BDP has been appointed to create a masterplan for a new retreat, which will give the area a sustainable development of a high quality design.

BDP visited several resorts along both the North and South Coast, including El Gouna, Soma Bay and The Oberoi at Sahl Hasheesh, before developing a concept that would set new standards in Egypt and work with the existing terrain of Fouka Bay.

The retreat will recreate the ambience of a traditional Egyptian town and include three exclusive hotels, an 18-hole signature golf course and apartments, all of which would share access to the coastline.

Francis Glare, Head of Urbanism and Director at BDP, said; “Currently, the overall quality aspirations of development along the Red Sea Coast appear much higher than its North Coast counterpart. Our aim is to deliver a high quality masterplan which will see Fouka Bay exceed those aspirational resorts along the Red Sea but will encapsulate the very different landscape and cultural characteristics of the Mediterranean coast.”

BDP are working with the Cairo office of Project Managers, Projacs International along with branding consultants Rex of South Africa. The client is Cairo-based Al-Nakheel Holding. 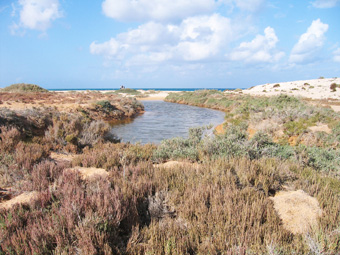