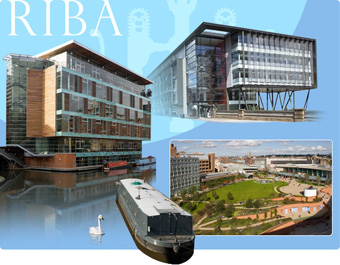 BDP collected three prizes in the RIBA Awards, announced in the various UK regions last night (20 May 2009). The awards are held annually to celebrate buildings considered to be of high architectural merit.

BDP’s northern studios featured strongly with wins for the masterplan for the regeneration of Liverpool city centre, known as Liverpool One, for its own studio in Manchester’s Ducie Street and also for a new five storey office building in Sheffield – 1 Northbank, the top floor of which is, coincidentally, also the home of BDP’s own Sheffield studio.

The Liverpool One Masterplan delivered a significant regeneration development with 40 individually designed buildings, including 130,000 sq m (1.4m sq ft) of retail space for the city centre together with a range of other uses.

RIBA praised BDP for the Liverpool One Masterplan and announced that it had “single-handedly reversed the fortunes of the city by bringing a new social and economic vibrancy to what was 42 acres of derelict but historic buildings at its heart”. Subsequently this had resulted in a “vibrant and economically successful retail, leisure and mixed-use quarter” and “an entirely revitalised city centre that now connects properly with the docks.” BDP was also credited for its ability to “work with a broad range of architects to evolve the plan and deliver buildings of a very high quality”.

Judges praised BDP’s new studio for pulling off a “commercially viable, high-quality office building in functional, aesthetic and environmental terms” and creating “a strongly characterised and beautifully detailed flexible workplace”. In addition the RIBA also highlighted the fact that the building was an exemplar of low-carbon and sustainable design and made particular reference to its natural ventilation system.

At 1 Northbank, Sheffield the client’s brief called for over 7000 sq m (75,000 sq ft) of office space that would exploit the river frontage and meet the council’s aspirations for the regeneration of the wider area.

The RIBA Jury commented “This speculative office is a new architectural landmark in Sheffield, worthy of its city gateway location. Notable civic gestures include the careful scaling to stitch the building into the existing context … and the lifting up of the riverside frontage, to create new links to and from the Don riverside walks. The composition is further enhanced by meticulous detailing, with the arrays of bespoke solar shading providing character, depth and delight.”

These schemes are amongst just over 100 projects that will now go forward for consideration for this year’s RIBA Stirling Prize. The shortlist for the event is due to be announced in July (2009).

BDP’s Liverpool One Executive Team was instrumental in the delivery of the whole project, and worked with Allies and Morrison to complete 13B Liverpool One, the central part of the successful masterplan