BDP, in collaboration with Opus, a major New Zealand engineering consultancy, Royal Associates Architects (Christchurch), EOS and ARUP, has been appointed to prepare design proposals for the regeneration of the Avon River Precinct in central Christchurch New Zealand. The city has recently been badly damaged by a sequence of earthquakes including a major event in February 2011 which led to widespread damage and loss of life.

Christchurch is the country’s second largest city and the government has shown commitment to its regeneration by establishing the Canterbury Earthquake Recovery Authority (CERA) as a special government department to help bring about its recovery. One of CERA’s early objectives is the redevelopment of Te Papa Otakaro, the Avon River Precinct which lies at the heart of the city.

The overall recovery plan envisages a greener, more accessible city with a compact core, stronger built identity and a greater focus on people and nature. The Avon river flows through the centre of the city and the regeneration strategy proposes that its sinuous path is used to define Christchurch’s new river precinct. In addition to the river corridor, the study will also prepare proposals for the North and East Frames, badly damaged city blocks with connections to the water.

The appointments were announced in Christchurch on 20 December where the Canterbury Earthquake Recovery Authority (CERA) chief executive Roger Sutton said "With this step forward today, Christchurch residents can take heart that their hard work and their ideas are coming to fruition....we can look forward to the progress of 2013 - the year of the Christchurch rebuild - and starting to bring the new CBD to life."

The study commences on 7 January 2013 with a landscape / urban design team relocated to Christchurch. Physical construction of the project is due to commence later in the year. BDP already has established business interests in Australia and is keen to build upon this first project win in New Zealand. 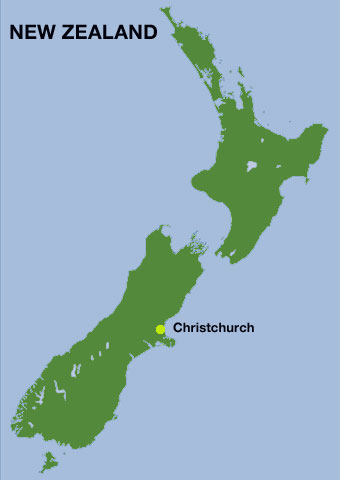