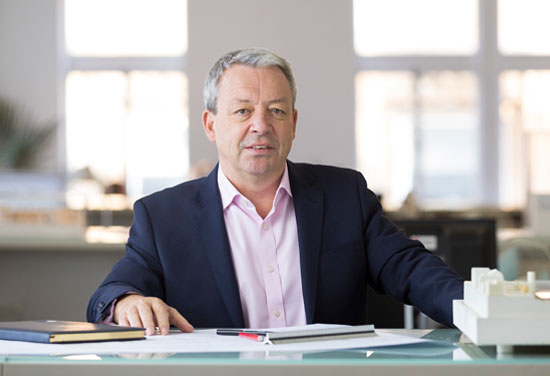 BDP has appointed a new chief executive. The role is re-elected by BDP's board of directors every two years and Peter Drummond, who has been in the post since October 2004, made the decision to pass the baton on, and not seek re-election.

John McManus will be the next chief executive. He will be the first architect to become chief executive of BDP when he takes up the role on 1 January 2014. John is based in Glasgow and will take responsibility for all the day to day operations of BDP. John studied at the Mackintosh School of Architecture and joined BDP in 1985. He currently leads the Glasgow studio and has led design teams on major commissions within all of BDP’s key sectors both in the UK and internationally.

Under Peter’s leadership BDP has gone from being a UK based practice to a major international design organisation with six international studios and current projects in 37 countries. Peter Drummond will become chair of the south region, taking overall responsibility for all operational aspects of the London and Bristol studios.

Chairman David Cash said: “As we see the first encouraging signs of returning confidence in the marketplace, these moves are designed to place BDP in a strong position for the future. I wish both John and Peter every success in their new roles.”