Forecasts show that the city of Manchester’s ten year carbon reduction plan is presently off target. MACF formed in 2009 with the objective to reduce the city’s carbon emissions by 41% by 2020 (and by 80% by 2050, in line with the UK government’s own legally-binding commitments) and become a green low carbon city.

MACF produced a detailed plan, co-ordinated by Manchester City Council, describing how these reductions could be achieved.  This year MACF has published its first annual monitoring report describing how progress is being made against the plan.

Allowing for the difficulty of working with complex and varied data sets, the report concludes that the City is unlikely to meet the plan’s targets if the current trajectory remains un-altered.

MACF’s Steering Group and its Chairman Gavin believe that while the city authorities and private sector can do much more to change people’s behaviour, the UK Government’s contradictory energy policies had a detrimental effect on Manchester’s carbon emissions.

Elliott said: “If Manchester is to deliver on its aspiration to become a prosperous low carbon city, a huge effort will be required from the public, private and third sector, as well as individual citizens, to transform their behaviour, and prioritise ‘low carbon thinking’ in their business and personal lives.

“Only time will tell whether we have an appetite for this challenge. In the meantime MACF will be working hard to raise awareness and engagement with the plan with an even wider group of stakeholders. MACF Steering Group experts believe that technically, it is possible to achieve the targets but only with a much greater shift in behavior and commitment from individuals and organizations.  MACF will continue in its pivotal role to report annually on the city’s progress.

“Despite the challenges, the MACF steering group feels that by working together, the city of Manchester can get close to or even achieve the demanding target it has set itself. This action plan for Manchester is a plan for the entire city. Everyone has their part to play and its successful delivery will rely on us all working together, whether that's homeowners, community groups, businesses or public agencies.”

The MACF AGM on 10 June was addressed by Sir Richard Leese, Leader of Manchester City Council and Tony Juniper, environmentalist and former Friends of the Earth CEO at Manchester Town Hall.

The full report can be downloaded here. 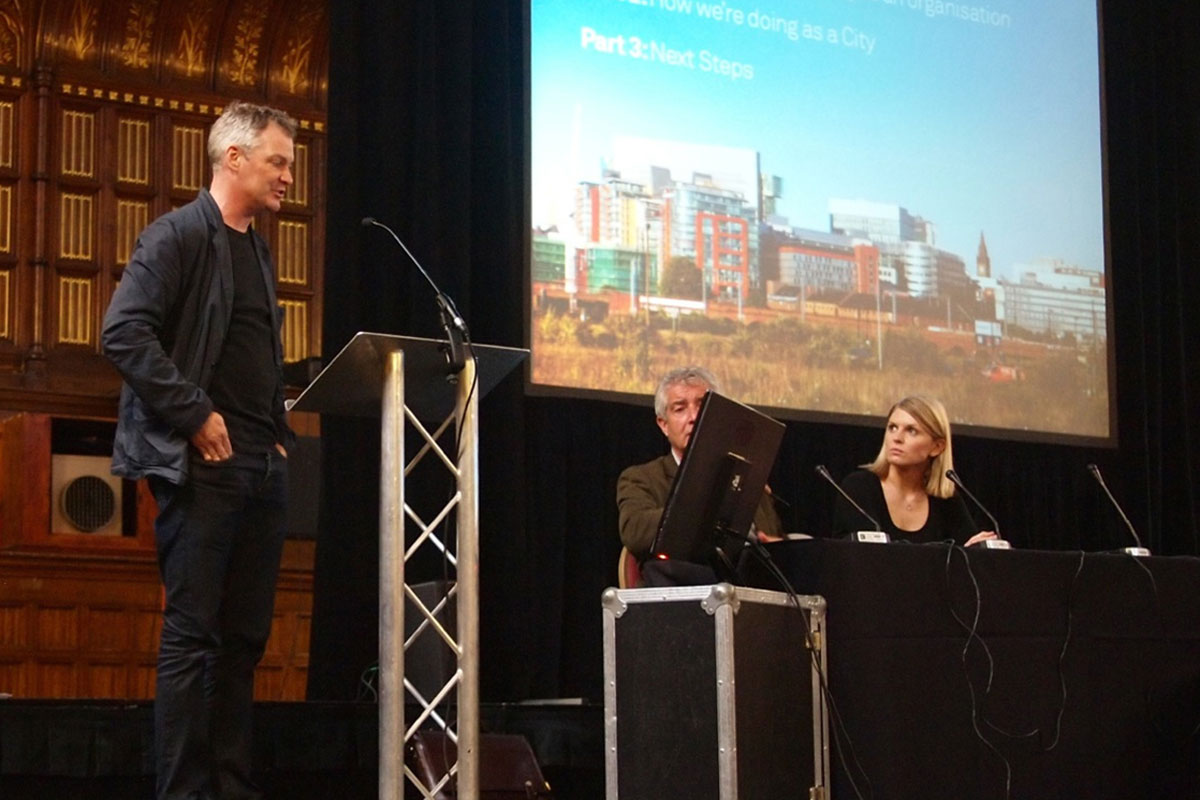