As issued by Network Rail.

A major milestone was reached at the BDP designed Manchester Victoria station over the weekend as the largest steel section of the new roof was installed.

Manchester Victoria station is undergoing a £44m transformation as part of the £1bn+ Northern Hub and North West Electrification Programme. As part of the redevelopment, a new state-of-the-art roof is under construction and on Saturday (2 August), the ninth and largest steel rib was lifted in to place using 750 tonne crane, one of the largest in the country.

Measuring nearly 100 metres long and weighing nearly 70 tonnes, the beam was lowered into place to form the corner section of the station’s modern and iconic new roof.

Ian Joslin, area director for Network Rail, said “This is a significant milestone in the redevelopment of Manchester Victoria station which will become a vital transport hub as well as an iconic new building. The new concourse will be lighter, brighter and more modern than the old one and will complement the original station building’s beautifully restored architecture. When it opens next year, Manchester Victoria will be a station of which the city can be proud of.”

Later this month, work will begin to install the roof’s ETFE (ethylene tetrafluoroethylene) panels, a lighter and cheaper alternative to glass. The material, which is used at Manchester Piccadilly station, Birmingham New Street station and the Eden Project in Cornwall, has self-cleaning properties and will allow large amounts of natural light in to the station for the first time.

Plans for Manchester Victoria also include a new bridge link to the Phones 4u arena, which is due to open later in August, along with improvements to the concourse and a programme of refurbishments to many of Manchester Victoria’s Grade II listed features and buildings.

The remaining roof sections will be installed over the next few months with the whole station redevelopment due for completion in early 2015.

The Northern Hub and North west Electrification Programme will provide a foundation for future transport developments, including those proposed in the One North report which calls for improved links between cities in the north. 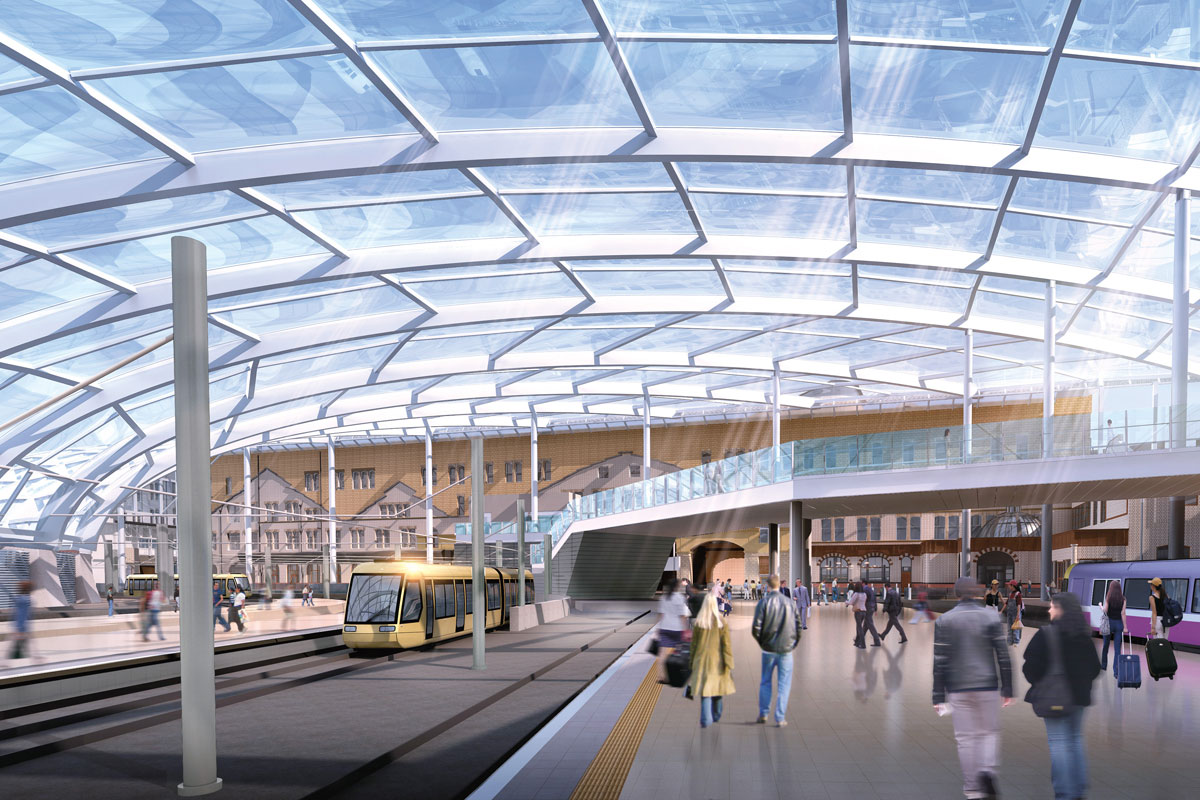