The first purpose-built cruise terminal in Abu Dhabi has opened at Zayed Port.

BDP won an invited competition in June 2014 to design the new 13,000 sqm building which houses all of the key passenger facilities together with souvenir shops, restaurants and offices on a mezzanine level. It also features tourist information services and passport border control counters to ensure that the customs process is smooth and efficient.

At its heart, a grand open space reminiscent of grand ticketing halls of the great train stations of New York and London, receives incoming and outgoing cruise passengers. Its glazed roof and sidewall are veiled with a shading screen of Arabic patterns allowing direct visual connection between the interior, the sea and the cruise ship. The roof design is a distinctive lattice structure taking the ghaf, the country’s national tree, as inspiration while wooden features inside are inspired by traditional dhow sailing vessels.

Together with modern architectural elements, these traditional Arabic elements define the building’s distinctive style which celebrates the UAE’s cultural heritage and pays tribute to its long maritime history.

The facility was inaugurated by National Security Advisor and Deputy Chairman of Abu Dhabi Executive Council, His Highness Sheikh Hazza bin Zayed Al Nahyan on 13 December, along with senior officials from the Tourism and Culture Authority Abu Dhabi and officials from different government agencies.

The new terminal, which can handle three vessels with 5,000 passengers at a time, is expected to be a turning point in Abu Dhabi’s ambition to establish itself as a leading winter sun cruise destination, and will enable the growth of cruise tourism in the emirate.

111 vessel calls with 205,000 passengers from across the globe are expected during the next cruise season, which represents a fivefold increase since Abu Dhabi’s first cruise season in 2006. 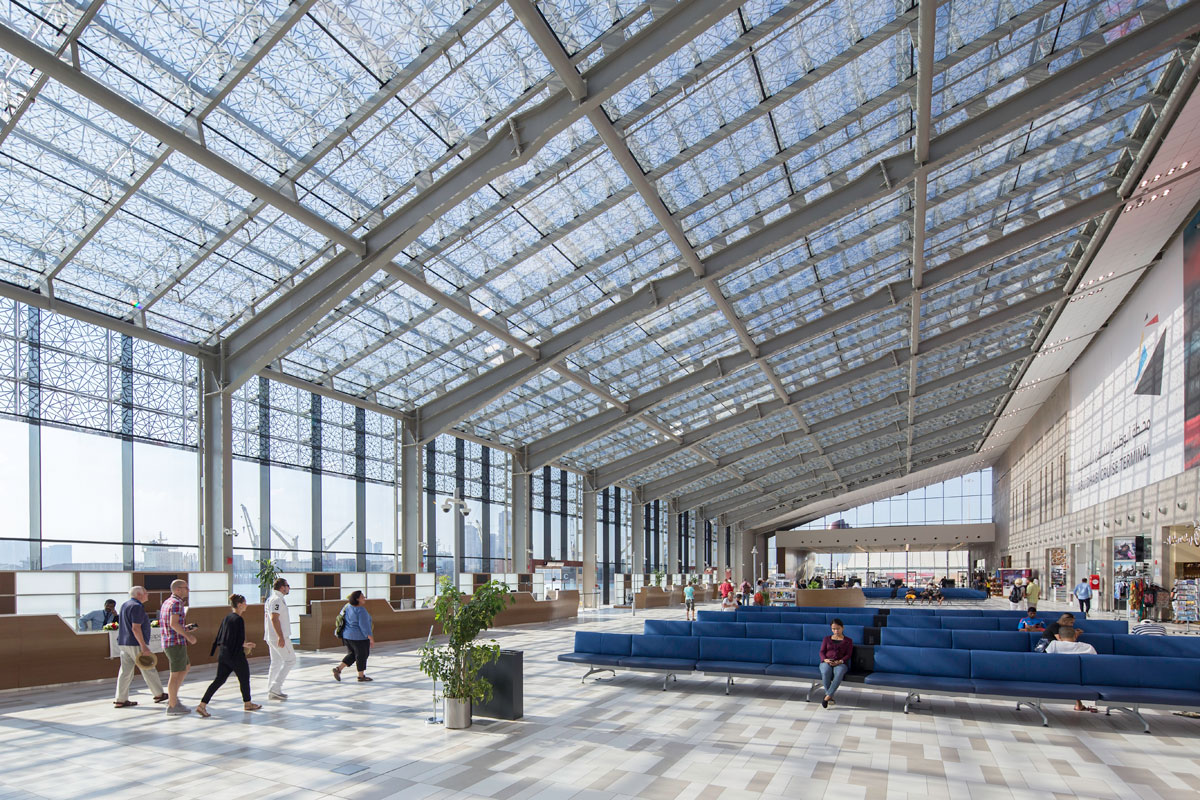