BDP has completed a glowing landmark biomass power plant for E.ON on the site of the former Tinsley cooling towers adjacent to Meadowhall shopping centre in Sheffield.

Blackburn Meadows consists of a pair of simple orange structures set against a backdrop of industrial forms within a wetlands environment. These forms are clad in black profiled steel referencing the local industrial vernacular of old steel mills in the Lower Don Valley.

A translucent orange boiler house, which glows at dusk, is highlighted as a landmark feature, expressing itself at the heart of the energy making process. The simple orthogonal volume of polycarbonate conceals the terminus of the fuel conveyors and extends up and over the building, raising its visual prominence.

The plant generates 30MW of energy by converting locally sourced recycled waste wood into electricity, powering around 40,000 homes and displacing the emissions of around 80,000 tonnes of CO2 per year.

Mike Wake, Head of Business Heat & Power Solutions at E.ON, said: “Blackburn Meadows is a shining example of the continued investment we’re making in renewable energy generation in the UK.” 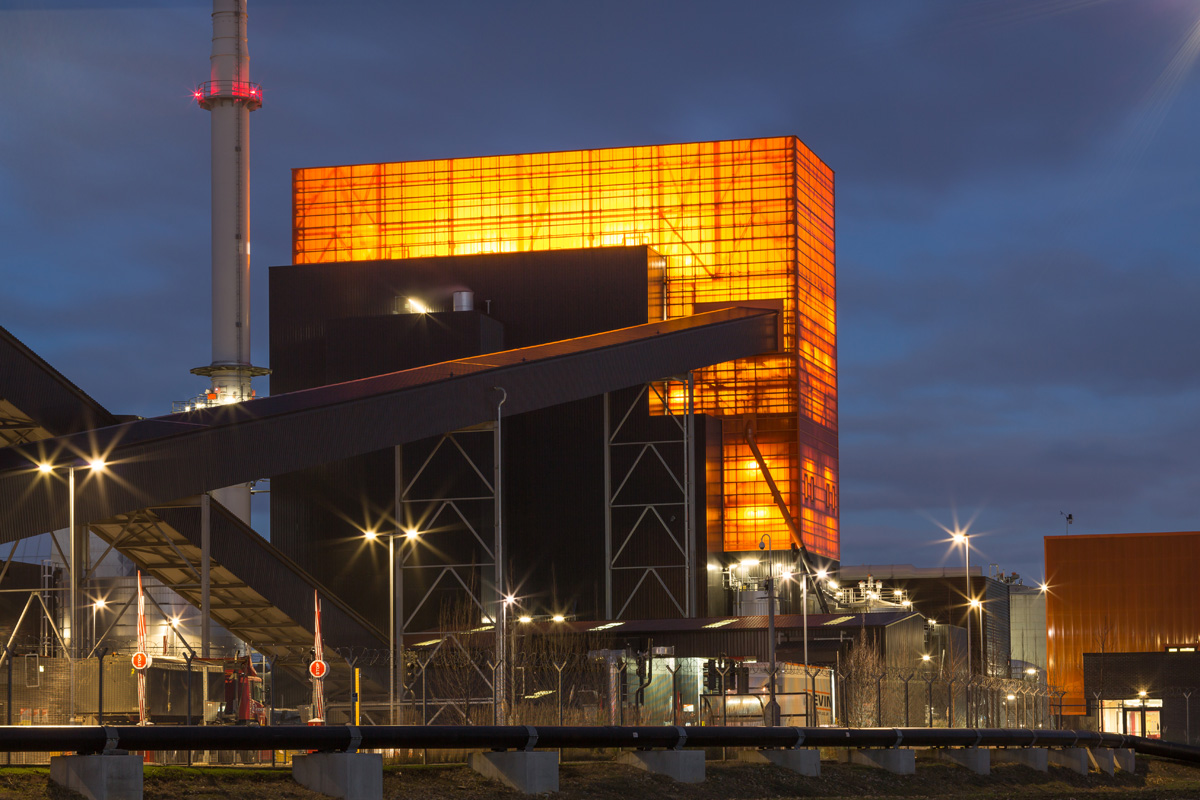