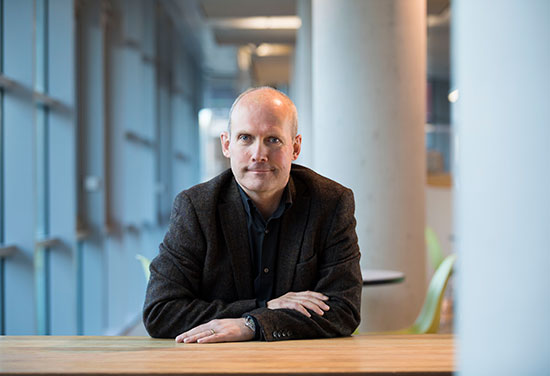 Architect Director Ged Couser has been elected as the new President of the Manchester Architects, formerly known as the Manchester Society of Architects. The news was announced at the MSA annual dinner at the Imperial War Museum of the North on 4 November. He succeeds Lisa McFarlane who, in her two-year term as President, succeeded in making the society more relevant and enjoyable to the under 35 age group that had traditionally been in the minority.

Ged, who is based in the Manchester studio, said “It is an absolute honour to be elected as President of a society with such a rich history which has played a major part in the development of the city from Alfred Waterhouse’s time, who was one of the founding members. Manchester has a very talented collection of architectural practices and a vibrant school of architecture and I’m looking forward to working with them all to raise the profile of architects and organise a varied series of events to strengthen our position as one of the pre-eminent societies outside of London, working closely with the RIBA at the highest level.”

The MSA, which recently celebrated its 150th anniversary, aims to champion the achievements, promote the successes and nurture the talents of the present and future architects of Manchester.