Designs revealed for The Well Toronto

Designs have been revealed for The Well, a 3 million sq ft mixed-use development in downtown Toronto. BDP won the competitive bid to design the retail element of the development which consists of a three level podium.

The Well is formed of seven individual towers, all of which are linked by a central retail spine. The retail buildings define and occupy the first three levels of the city block to form the podium, above which towers up to 46 storeys form a high density residential and office schematic. The central spine within the podium will be covered by a glazed canopy but open on the sides to allow for natural ventilation.

The surrounding King Street West neighbourhood, characterised by brick and beam mid-rise warehouses, has become a vibrant focus for bars and restaurants with creative industries taking over the former industrial buildings. The Well’s retail environment will reflect this vibrant and historic context. Visitors, employees and residents will be drawn to its robust retail mix, dynamic amenities, premium office space, entertainment and cultural events.

Adrian Price architect director said: “The Well is a collaboration between Rio Can, Allied Properties and DiamondCorp, who have undertaken extensive consultation with the local community on the masterplan. The resulting vision for an open street development is unlike anything in North America and this turned their attention to the UK to find an architect capable of delivering the concept.”

The masterplan was developed by Hariri Pontarini Architects and BDP is providing architecture, interior design and lighting design for the retail portion of the development. 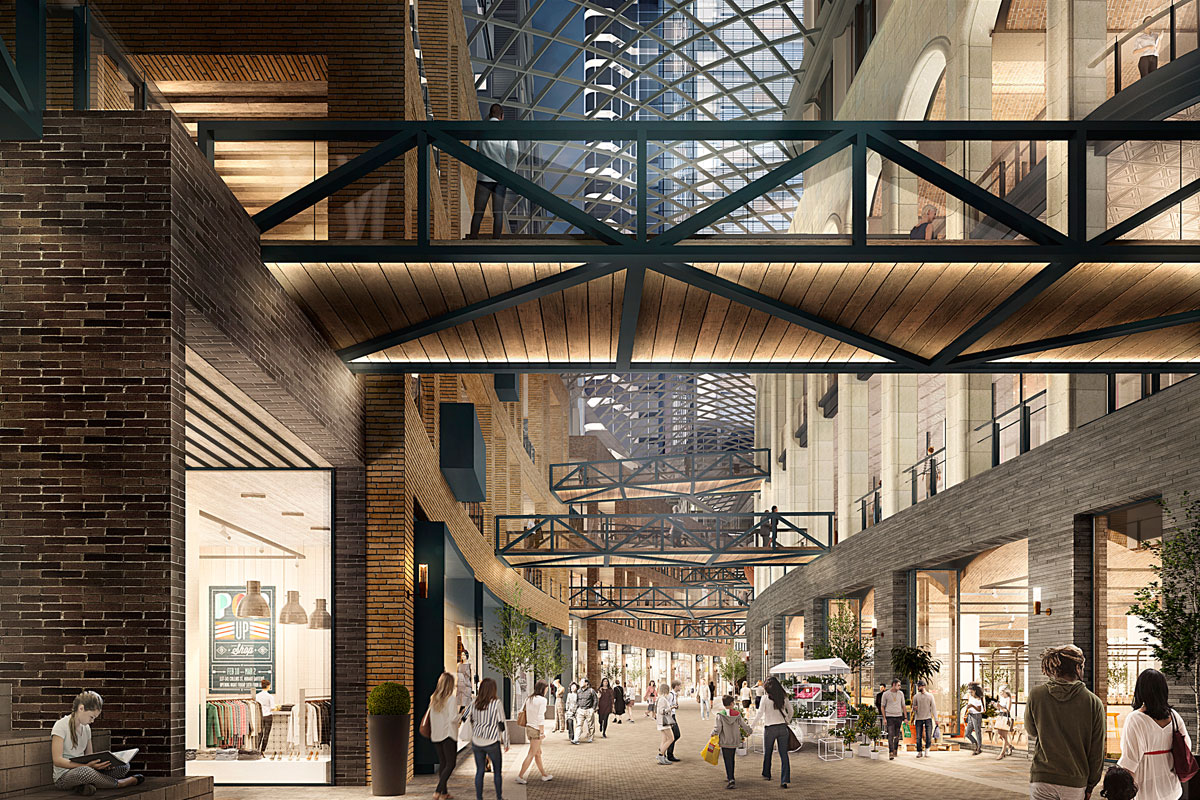