Ordsall Chord is Building of the Year

Ordsall Chord in Manchester has been named Building of the Year at the RIBA North West Awards. In addition architect associate Michael Riley was named Project Architect of the Year for his work on it.

The project is a series of new bridges and viaducts in one of the most important sites in the history of the railway, adjacent to Liverpool Road Station which was the first passenger railway station in the world. The judges said: “Where does architecture begin and end? What can architectural thinking bring to super-scale infrastructure? This project provokes these questions and responds with impressive success.” They continued “It could have been mundane but has been lifted by the application of thoughtful strategy, consistent design language and a care in detailing that responds to the context of each element.” 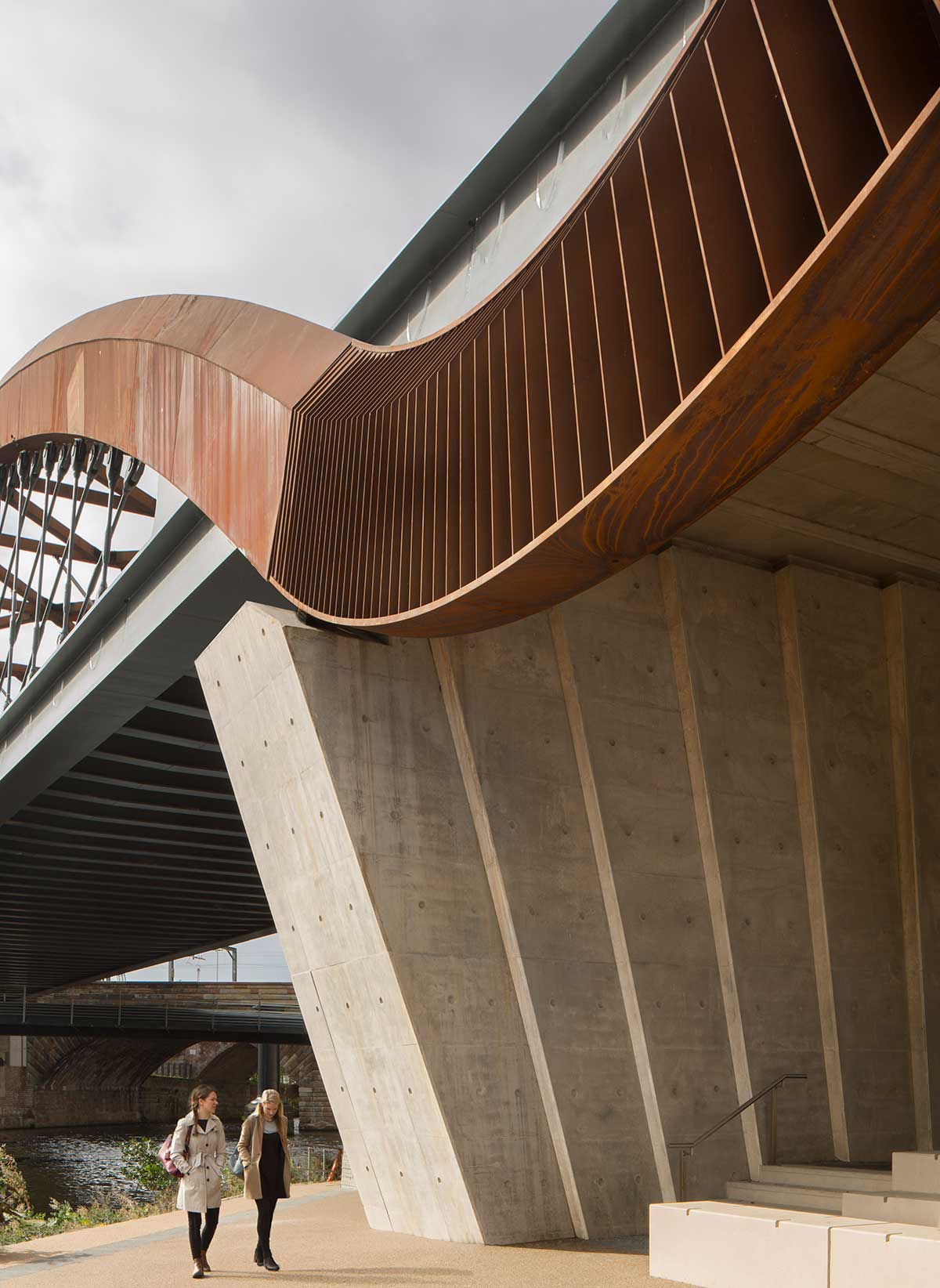