Qasr Al Hosn comprises two major landmark buildings: the Inner Fort built with coral and sea stone in 1795, and the Outer Palace which was a later addition in 1935. Over the centuries it has been home to the ruling family, the seat of government, the national consultative council and a national archive.

BDP was appointed for the conservation, restoration and rehabilitation of the Outer Palace to invigorate and strengthen the appreciation of Emirati heritage and identity. Our brief was to sensitively and authentically restore the building reinstating its presence as a national monument that encapsulates the development of Abu Dhabi from a settlement reliant on fishing and pearling in the 18th century, to a modern global metropolis.

The building was cleverly composed to respond to the harsh desert climate by absorbing the heat of the sun and channelling natural breezes to provide a cool habitable environment. The courtyard has a unique character and serene calm with sensitively landscaped grounds.

The building now sits at the heart of a new regional cultural quarter that also includes a cultural foundation building which contains an 800-seat theatre, a national library and an arts exhibition space. The project aims to ensure that Qasr Al Hosn is identified as a living memorial that encourages the sharing of cultural traditions and experience, serving as a repository of indigenous artefacts, stories, poetry, music and dance. 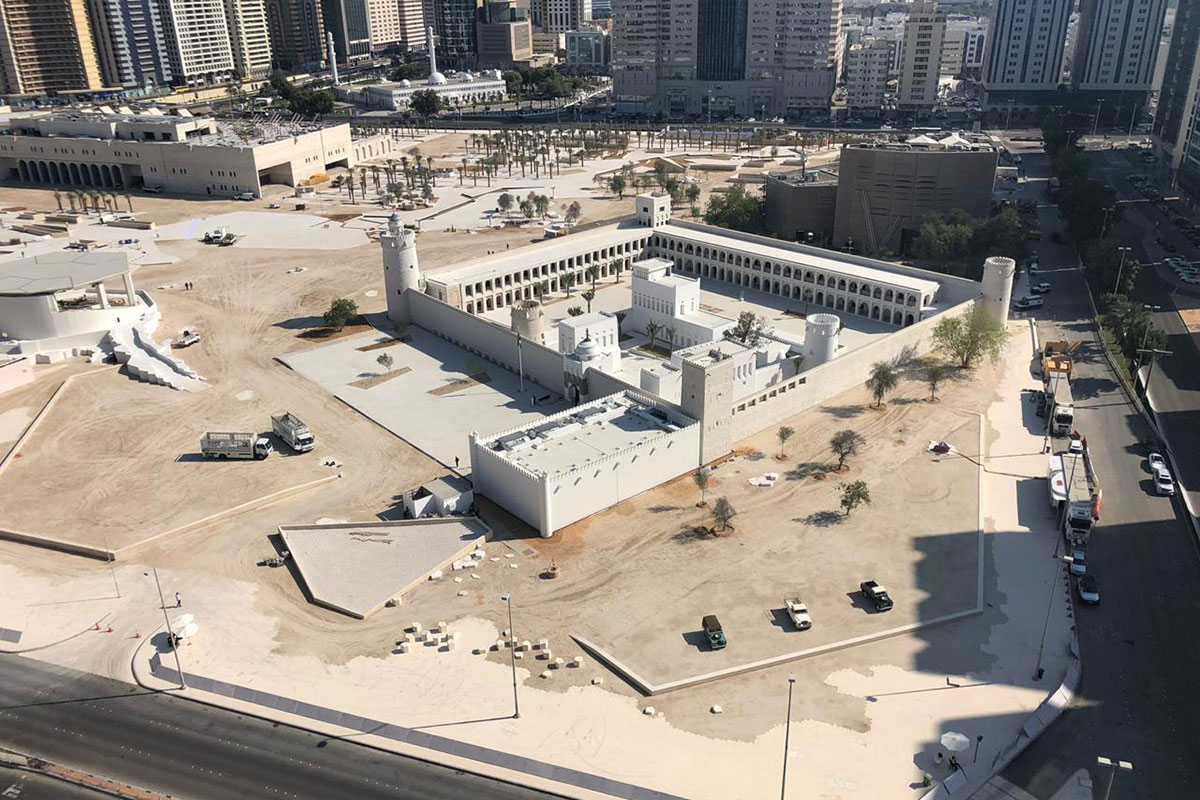