The first minister helped to unveil two plaques at the event, the first a replica of the station plate from 1881 celebrating the completion of the station’s Victorian barrelled roof and the second to celebrate the current redevelopment.

Alex Hynes, managing director of Scotland’s Railway, said: “As Scotland continues to recover from the impact of the pandemic, and as Glasgow prepares to host COP26, we are incredibly proud of this new station and the modern, green railway it symbolises.

“BDP has redesigned Glasgow Queen Street Station to deliver capacity expansion in an inclusive station that’s easy to use. But more than that, its passenger-focused vision has transformed perceptions by creating a new city gateway that has become a striking figurehead for the decarbonisation of Scotland’s railway.

“The extended and electrified platforms at Glasgow Queen Street and the faster, longer, greener trains they support will also make sure our railway is ready to play a role in combatting the challenge of climate change and its impact on how we live and work in the future.” 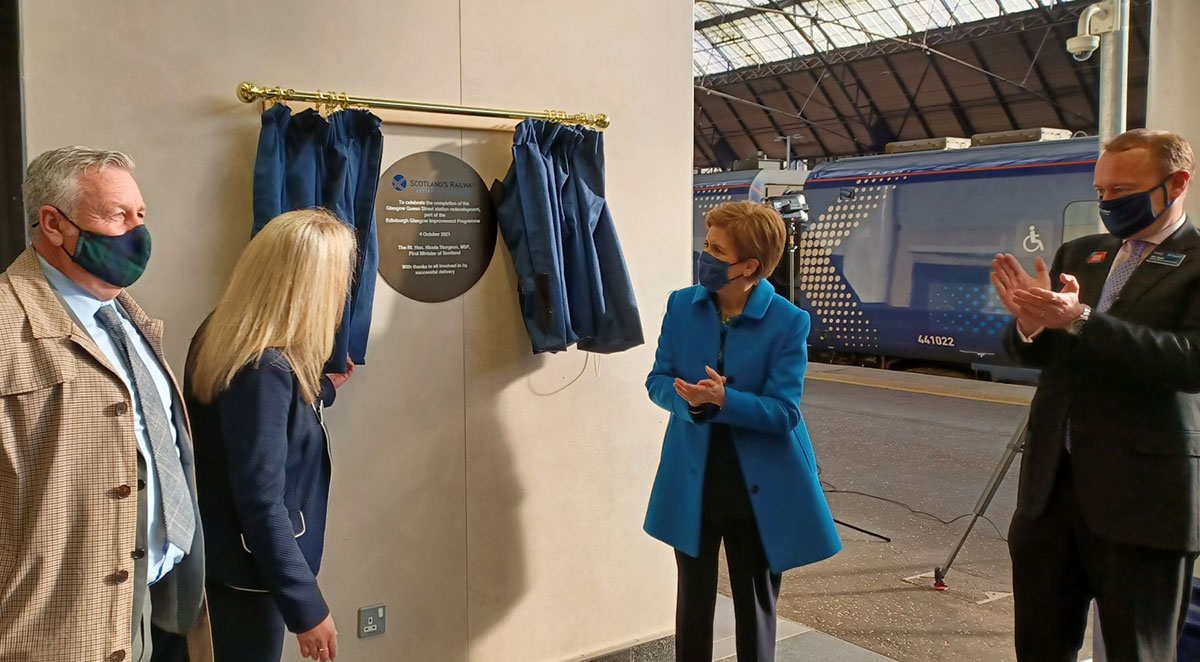 The extended station boasts a larger concourse with double the circulation space for passengers and is fully accessible with lifts into the new building from Queen Street and step-free access from Dundas and North Hanover Streets.

Work on redevelopment began in 2017 when engineers started to demolish the 1970s buildings in front of the Victorian station to clear the space for the new expanded concourse.

Over the course of a year, more than 14,000 tonnes of material was removed from the site as mini-diggers were used to demolish the buildings piece by piece from the top down.

Around 94% of the demolition material was recycled – some of it even returned to the station to be used in the foundations of the new concourse.

In December 2018 the expanded station’s steel frame began to go up, and Queen Street truly took on its distinctive new shape in September 2019 when the last of the 310 glass panels on the station frontage was installed. 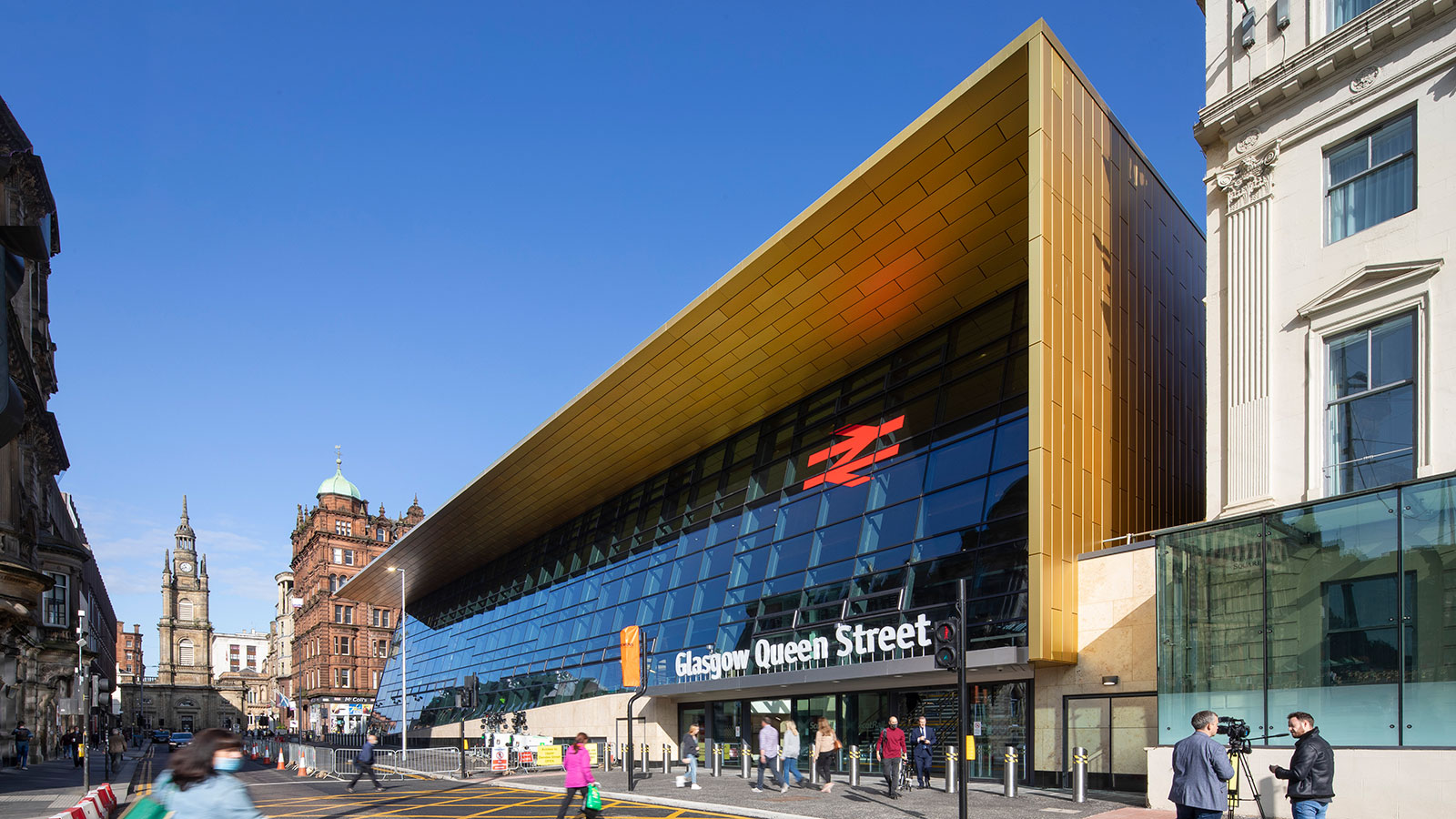 The redevelopment project also gave a boost to the local economy with 70% of its budget being spent with suppliers within a 40-mile radius of the station.

Architect director, Bruce Kennedy, said: “We were extremely privileged to lead the design for the redevelopment of Glasgow Queen Street Station, which has transformed the passenger experience. Enabling fantastic views of Glasgow city centre and celebrating James Carswell’s train shed, the station is now a fitting gateway to Glasgow and the rail network.

“Transport Scotland’s investment has allowed us to make a contemporary addition to the country’s rich cultural heritage of rail architecture, which is a highly visible sign of the continuing investment in the decarbonisation of Scotland’s Railway.”