This is a great accomplishment for the project as the awards recognise the efforts taken to improve local communities by introducing high quality public realm for people's health and wellbeing. The street, that once sat on the main route between Dublin and Belfast, had all the hallmarks of a space that was designed for large vehicles rather than public realm users. Wide carriageways, a lack of crossing points and no space for social gatherings were problematic issues highlighted by the design team and client early on in the design process. The project represents a bold move from vehicular dominance to pedestrian priority with narrower carriageways, wider footpaths and increased outdoor space. It exemplifies good placemaking for the centre of Dundalk, which is especially relevant during the current health crisis.

The amount of vegetation and seasonal interest on the street has been greatly enhanced with 18 new trees as well as new shrubs and ornamental planting. A patchwork of various different paving treatments was harmonised by using a granite mix to give consistency and identity to Clanbrassil Street and St Nicholas Quarter. The scheme has been well received by local traders, residents and visitors to the town since opening in September. A small opening ceremony took place and Dublin studio landscape architect Kevin McGann, who worked on the project, attended alongside members of Louth County Council (LCC).

Joan Martin, chief executive of Louth County Council, said “This is a great day for the town of Dundalk. The completed scheme is very welcome, and it has transformed the main spine of the town, as well as making it more attractive for investment, and increasing visitors to the town. The scheme has been a catalyst for the redevelopment of existing buildings along the street, and the recent painting of shop fronts has complemented the rejuvenation scheme.”

Councillor Dolores Minogue, Cathaoirleach of Louth County Council also said “I am delighted to officially open the Clanbrassil Street and St Nicholas Quarter Rejuvenation Scheme, which has been designed and constructed to the highest standards and will bring new life to the centre of the town.” 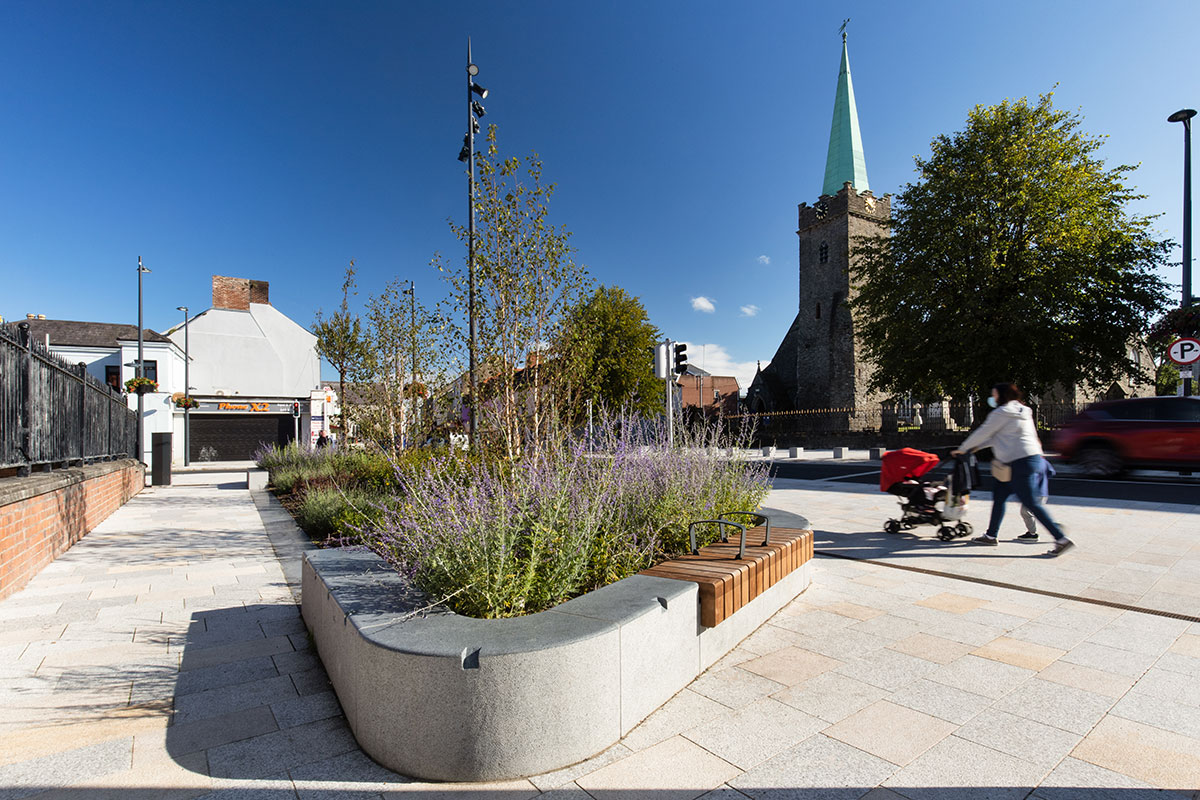