BDP has completed a significant new build retail and leisure extension to an existing shopping centre, owned by IKEA Centres Poland, in Wroclaw.

The scheme is located approximately 8km south west of the city centre of Wroclaw, and is 53,000 sqm of new build plus a 2,000 space underground car park. The project creates a two level shopping and leisure complex, and with a standalone IKEA as the anchor for the new extension.

The extension comprises international and domestic fashion retailers, substantial restaurant and cafes, a cinema and other entertainment venues. The overall scheme consists of a second ‘race track’ retail circuit, connected to the existing hypermarket and shopping centre at the east of the new extension, and it provides a new main entrance and an enhanced retail environment to the existing hypermarket and retail offers. The existing centre has been partially over clad in a similar architectural language to unify the old and the new.

The concept was driven by both local influences and the strong design heritage of the IKEA brand. The facades are an abstraction of the rock formations and recreational climbing routes of Mount Sleza which is visible from the shopping centre. Much of the inspiration for the concepts of the internal environment is a response to the local context of the River Odra and the multitude of bridges in Wroclaw.

BDP is currently working with InterIKEA to create three further retail and leisure developments in Poland. 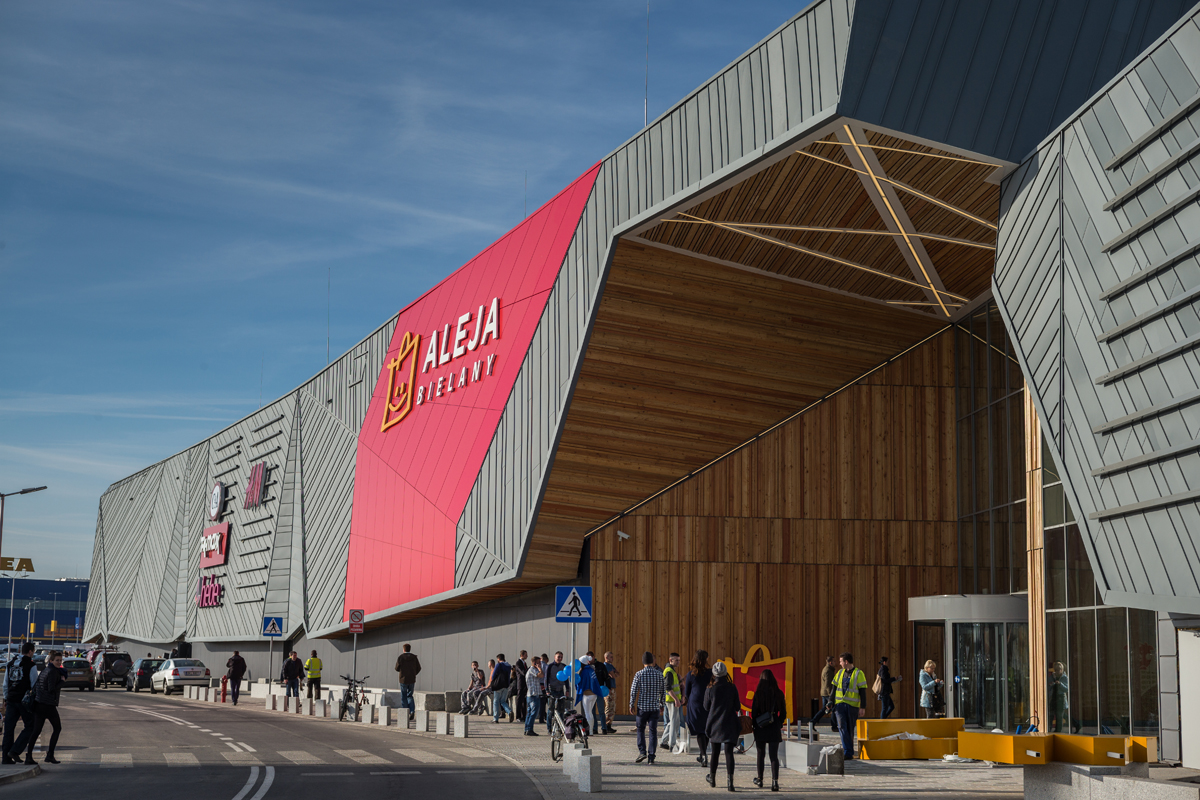