BDP director and head of education Chris Harding was part of a team awarded a Collective Honorary Fellowship of the University of Wales Newport, in recognition of their contribution to the economic and educational development of the University through their work on the design of the City Campus.

The University introduced Honorary Fellowships in 1996 and this has become an established part of the Annual Award Congregation. However it is the first time that the University has honoured a group of people in such a way.

Chris received his award and made the acceptance speech on behalf of the team which included Mark Smith (Project Manager), Kanji Kerai (Construction Director) and Ian Smith (Cost Consultant).

The City Campus has transformed the city waterfront and provided a collaborative learning and research environment. Chris described the process of working with the University as a “creative partnership demonstrating the University’s very important commitment to the social and economic development of South East Wales.” Earlier this year the project won an RIBA Award and a Mix Interior award. 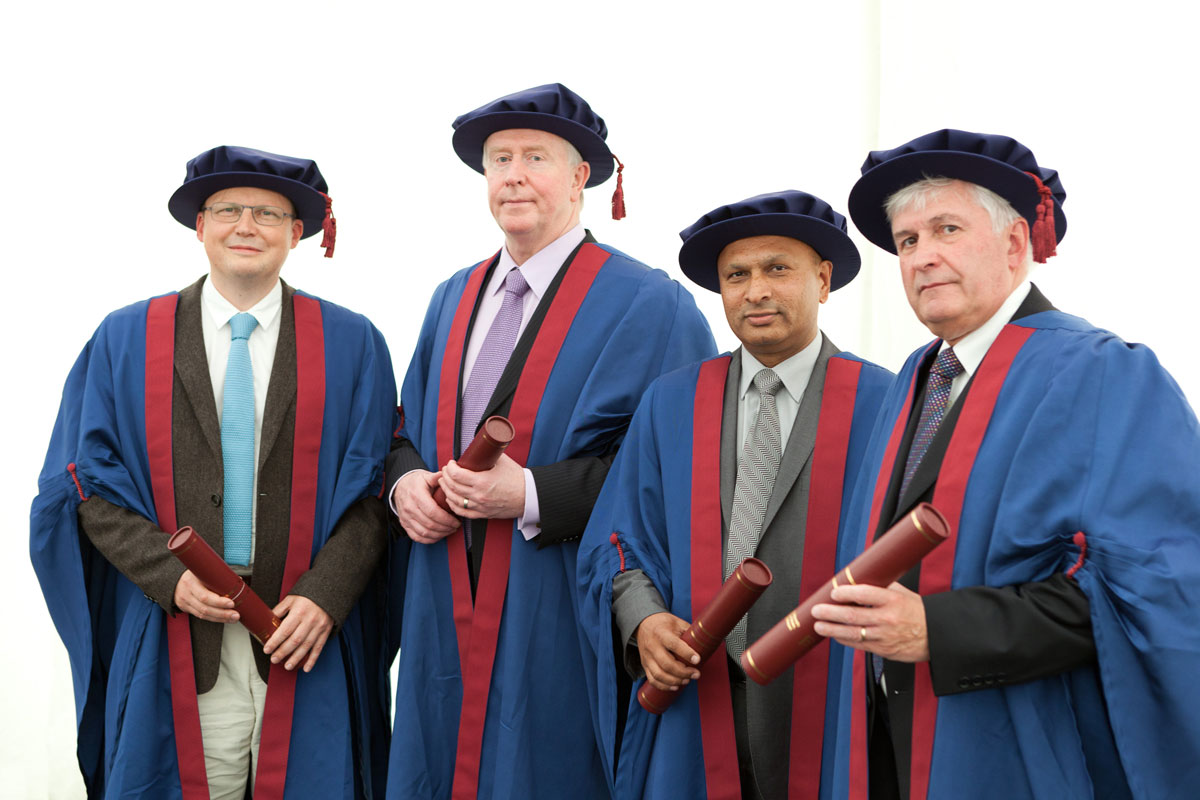