BDP Cyclists set off in Aid of UK Charities

At 9.20am this morning (6 May) more than 30 cyclists set out from BDP’s London studio in Clerkenwell aiming for the studio in the Netherlands via Harwich on the first leg of the relay cycle ride which will involve over 200 riders from BDP on a tour around all of its studios in the UK, Ireland, and the Netherlands.

The first team left BDP’s Clerkenwell studio in London today and the last team will arrive back in London on 25 May. Members from BDP studios in Abu Dhabi and India have also joined by cycling in their local areas.

In his speech BDP’s CEO Peter Drummond said, “Cycle for Jo is our way of marking and remembering (Jo’s) too short a life with us. And it is so fitting that the idea of a tour de BDP should come from a group of young people in the firm – the decision to dedicate it to Jo and raise money for causes that she believed in and the charity Missing People was a no-brainer.”

Martin Houghton-Brown, the chief exec of Missing People, continued “Over 200,000 people go missing each year. Thankfully, the vast majority come home quickly, safe and sound. Sadly, for some families, the agony of not knowing is prolonged, and through the selfless generosity of the cyclists, staff and friends of BDP, the charity Missing People will be able to be there, to be a lifeline to hundreds more families.”

As part of a series marking BDP’s 50th anniversary, “Cycle for Jo” will raise funds for the charities Missing People, the British Red Cross and RSPCA. 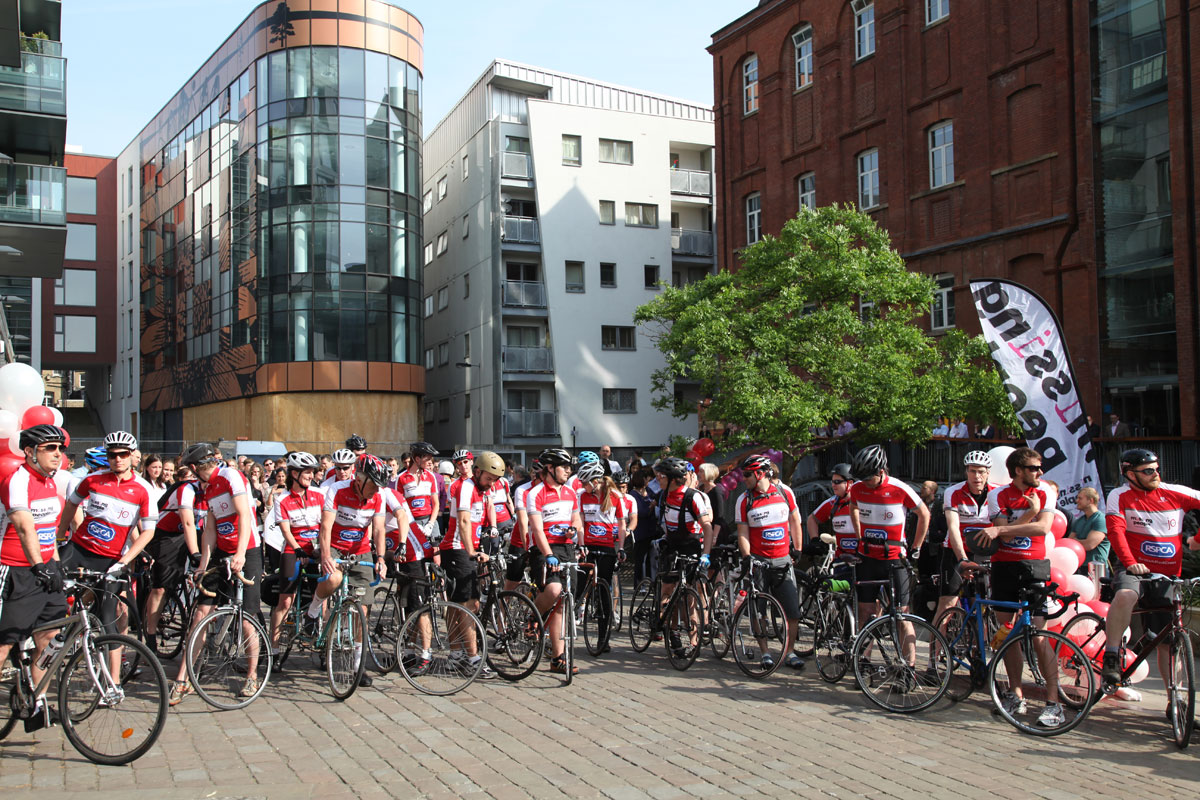