Sheri Besford, who led the communications team at BDP for many years, was presented with a Lifetime Achievement Award at the IBP (International Building Press) National Journalism Awards. The award was presented to her at a ceremony in London on 22 November.

Architectural journalist and author Ruth Slavid gave a heartfelt introduction and spoke of Sheri’s “utterly deserved lifetime achievement award...........celebrating the work of somebody who has done an enormous amount to make many journalists’ jobs easier and better.”

Industry authority Paul Finch said Sheri was “the cool and sophisticated voice of BDP for as long as anyone can remember, supporting an ethos as well as a practice, and demonstrating the benefits of long-term, deep-rooted engagement with the world of architecture, property and construction.”

Starting at BDP in 1975 Sheri pioneered the modern media team under the early guidance of Greville Griffiths and Richard Saxon, creating one of the first dedicated communications departments in the industry in the UK. 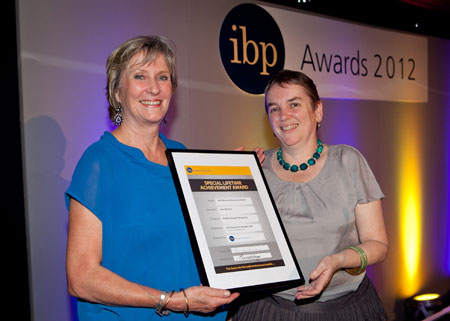