Work is due to start shortly on the Lishui Zijing Technology Enterprise Park south of Nanjing in China. BDP’s Shanghai studio submitted schematic design proposals to the Lishui County government in early October.

The scheme forms part of a wider masterplan also designed by BDP and phase I will deliver 140,000 sqm of new commercial office space with supporting retail, civic and public realm spaces. The masterplan was conceived to respect the contours and context of the site and to integrate the existing network of canals and reservoirs into a cohesive layout, which encourages strong links to the wider city and creates green corridors and permeability throughout the development.

The buildings within the masterplan have been designed as a family of elements that share a commonality of material and façade layering, but also create variety and vibrancy throughout the scheme. Several feature buildings have been developed to act as markers within the scheme and identify entrances, punctuate views, and enhance or define the character of the public realm. These buildings make a statement about the high aspirations for the science park and the quality of occupants they are hoping to attract.

Construction will commence with two buildings as part of a phased delivery. BDP’s design team in Shanghai is now working closely with the local design institute in a monitoring role for the delivery of detail and construction design packages with specific focus on the envelopes and façades for the blocks. The client team and local government are currently aiming for an ambitious, but possible, completion of phase I by the end of 2014. 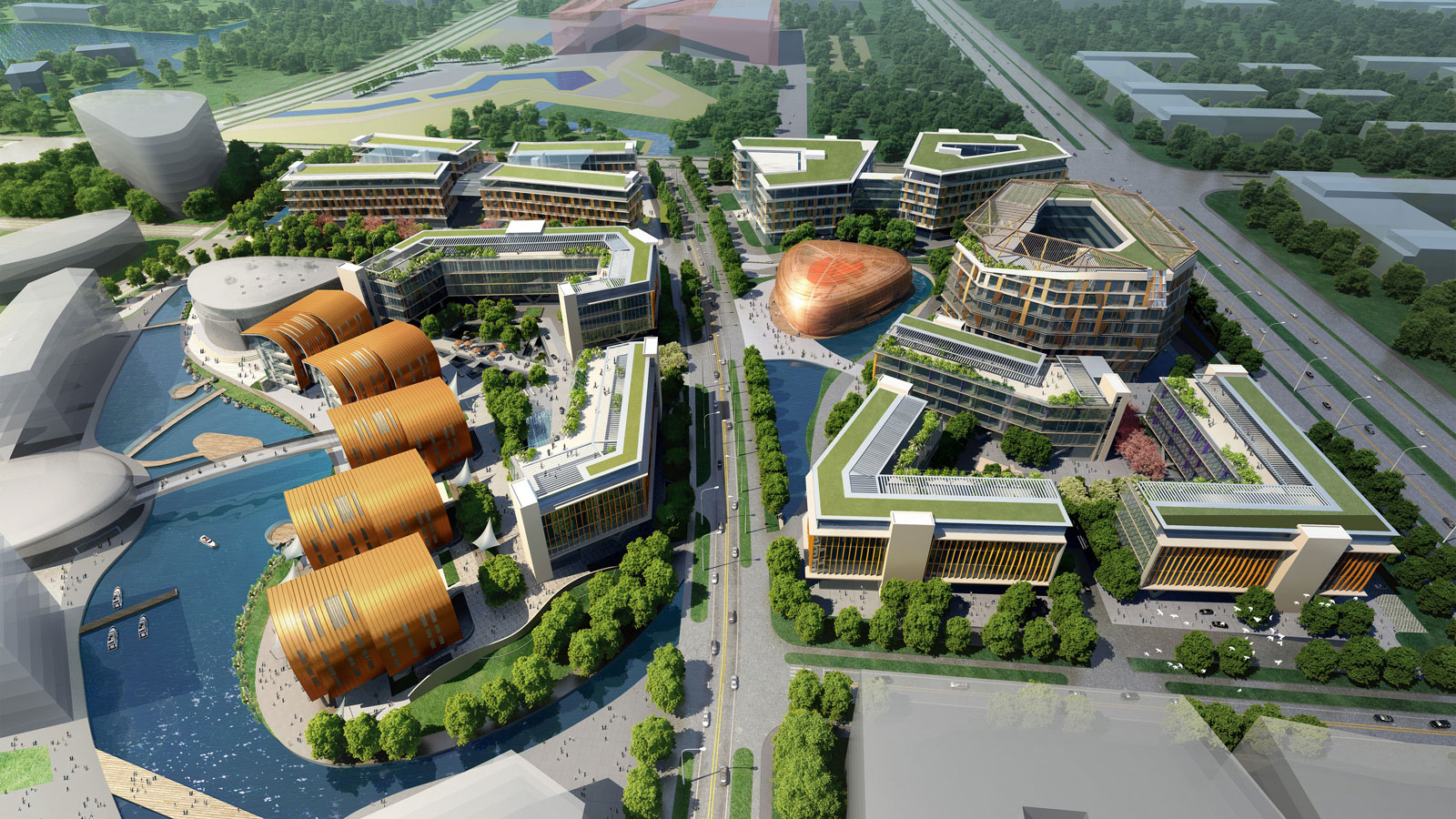