Enterprise South Liverpool Academy (ESLA) has won a Civic Trust Award. The awards were announced on 6 March at an event in London hosted by architect, writer and TV presenter George Clarke. They are given to projects of the highest quality design and must also have made a positive cultural, social or economic contribution to the local community. 40 buildings were given the top award this year out of 238 entries.

The academy provides 1100 secondary school students with over 10,000 sqm of state‐of‐the‐art facilities to meet the challenges of 21st century learning. A very simple approach of placing the user at the heart of the design process has shaped the architecture around both the functional and social ideas for the project.

The new building is a beacon that symbolises the regeneration of Garston, south Liverpool. A key criterion was that it should have a wow factor in order to challenge the negative preconceptions about education locally, and make the academy as appealing as possible to students and the local community.

Jack Pendlebury, principal of ESLA, said: “Students, staff and parents think it`s fantastic and are bringing friends and the local community in for tours.  There has been no settling in period and the academy has been a calm, orderly and purposeful learning community from day one.  I can only explain this by the fact that the building is totally fit for purpose.” 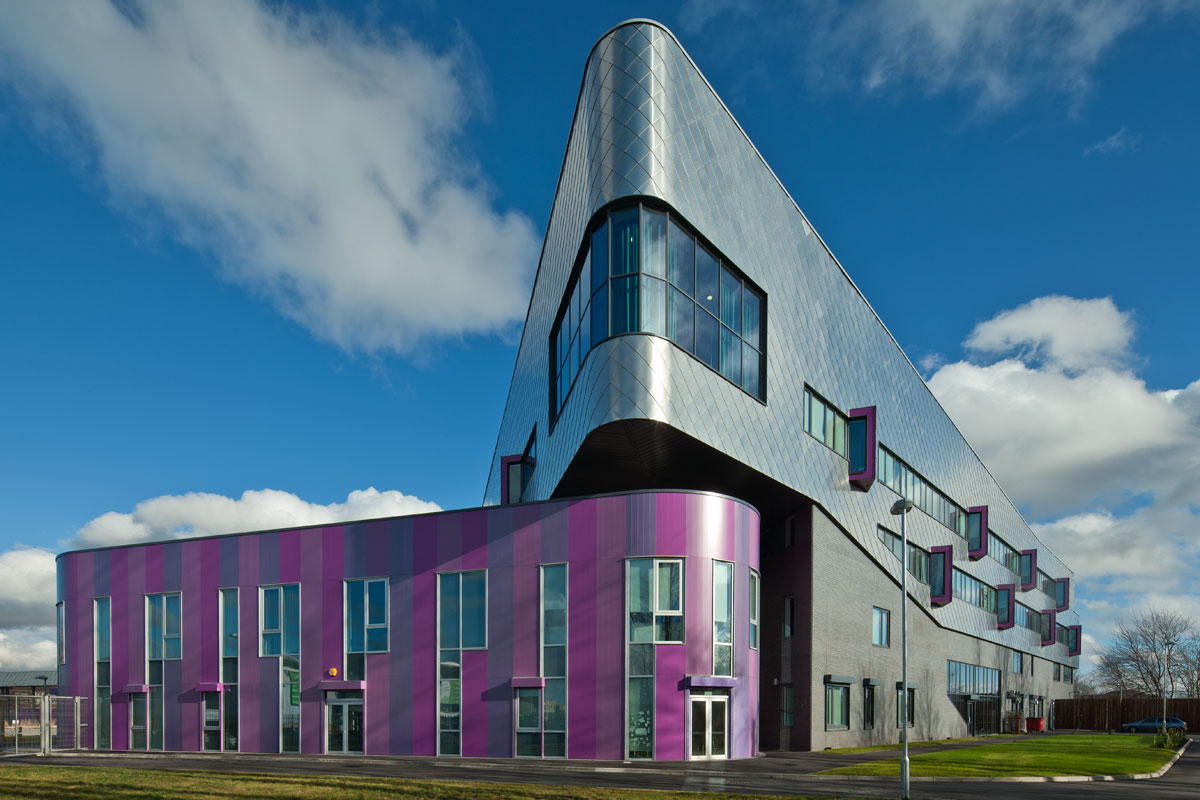