Design proposals for Parliament’s Northern Estate, the group of buildings along Parliament Street and Whitehall, were launched for consultation on 8 May. The plans are the essential first step to enable the restoration and renewal of the Palace of Westminster and will see a new temporary House of Commons chamber along with the restoration of a number of key buildings.

The development of the plans follows the decision of both Houses of Parliament in 2018 to temporarily move out of the Palace of Westminster while essential work to the building takes place.

BDP is masterplanner for the Northern Estate site which will create a new parliamentary campus, and is architect for the repair and restoration of 1, 2 and 3 Parliament Street, 1 Derby Gate, Norman Shaw North and Norman Shaw South.

Alasdair Travers, architect director said: “These buildings were originally designed separately over 300 years and do not function as a cohesive campus. Restoring these buildings, some of which have not been refurbished for more than 30 years, maximises their use and secures their conservation and repair into the long term.”

The masterplan also includes the temporary House of Commons chamber which is designed by architects AHMM and will be delivered within a substantially redeveloped Richmond House to provide associated facilities and workspace for all 650 MPs and staff within a single secure site.

Tom Brake MP, spokesperson for the House of Commons Commission, the parliamentary authority responsible for the project, said: “At Richmond House, the site of the new temporary House of Commons, we have an exceptional and flexible new building that improves public access to democracy.  Across the wider Northern Estate along Whitehall and Parliament Street we are conserving multiple listed buildings, transforming access for people with disabilities and creating efficient, sustainable, modern facilities.

“Developed by a world class design team, we believe these plans will ensure the continued functioning of British democracy while the temporary chamber is in operation and create a lasting legacy for Parliament.

“It is crucial that we progress these proposals as quickly as possible so that we can start the essential restoration and renewal of the Palace of Westminster.”

Subject to planning permission, it is expected that works on the Northern Estate could begin during 2020 so that works to the Palace of Westminster itself can begin in the mid 2020s. 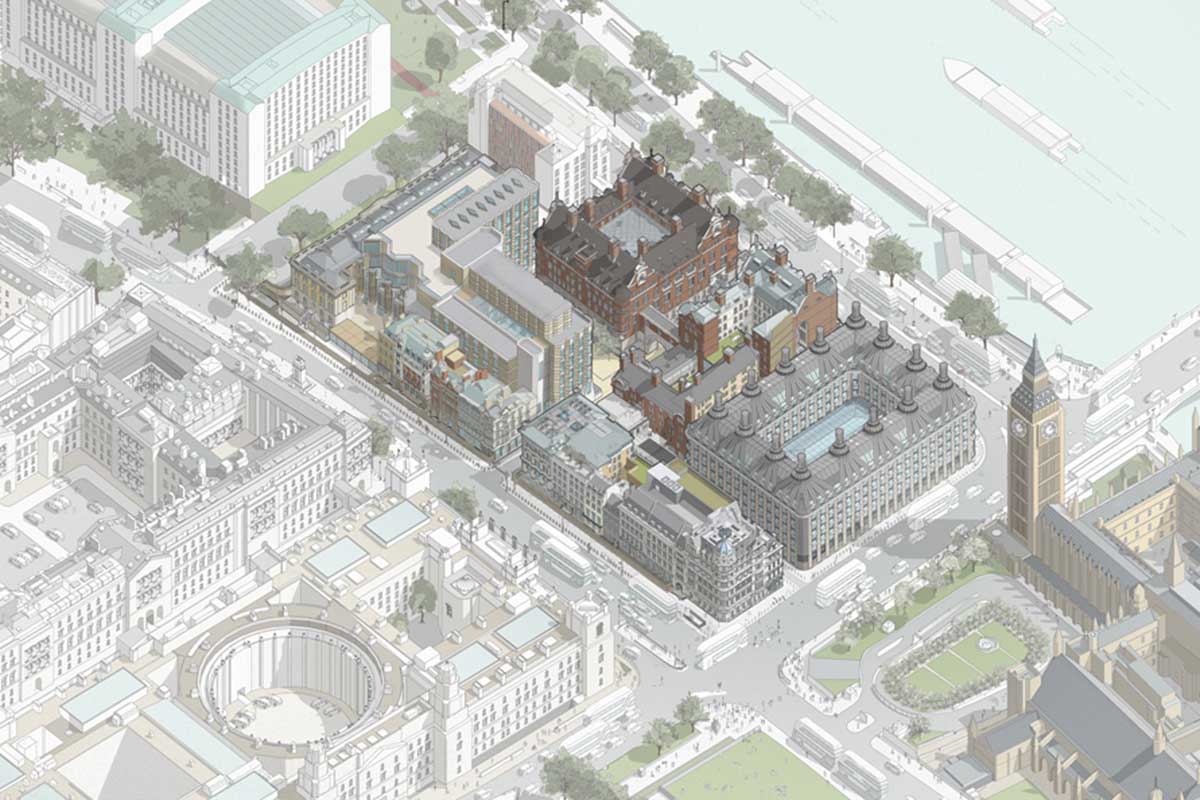