Our Sheffield studio education designers are members of the collaborative team which has completed the refurbishment and extension of Oddfellows Hall - the oldest building on the new engineering campus at the University of Manchester.

The newly refurbished building - which was originally built in 1857 and rebuilt in 1916 - now forms part of the new Manchester Engineering Campus Development (MECD). It is one of the largest, single construction projects undertaken by a higher education institution in the UK.

The building remains as the main heritage focus of the campus and will be flanked by three new engineering centres - a new MEC Hall and new buildings on Upper Brook Street and York Street, which will accommodate student workshops and practical areas with heavy duty labs for the university’s four engineering schools and two research institutes. The facilities will be used by 1,300 staff and 7,000 students who will work and study on the new campus.

Working with Mecanoo, Penoyre & Prasad and infrastructure group Balfour Beatty, we are providing detailed design consultation services for the entire MECD project. The collaborative team completed the sensitive renovation and extension of Oddfellows Hall to accommodate a suite of conference rooms, academic workspaces and a restaurant. The project also included landscaping around the building to enhance the setting of the historic structure.

Paul Owen, architect associate, said: “Manchester University’s new engineering campus development programme is one of the most advanced projects of its kind in any higher education environment. The renovation of Oddfellows Hall has allowed the university to retain its historic buildings and extend its world-leading engineering and technology laboratories and workspaces.

It has been a fantastic building to work on. Its rich history and intricate architecture means there was always an interesting story to uncover. The final design and refurbishment really does justice to the legacy of the building and the campus. We are sure the students will be able to enjoy the heritage and make the most of the building when they return next year.”

Situated at the corner of the new university campus, the renovated hall and new buildings will reactivate this part of Manchester city centre and provide a new entrance to the campus for staff, students and visitors.

Oddfellows Hall takes its name from the Oddfellows Friendly Society, which is a non-political international fraternity first documented in London in 1730. The society promotes friendliness, benevolence, charity and philanthropy.

The Manchester Engineering Campus Development is due for completion in 2022. 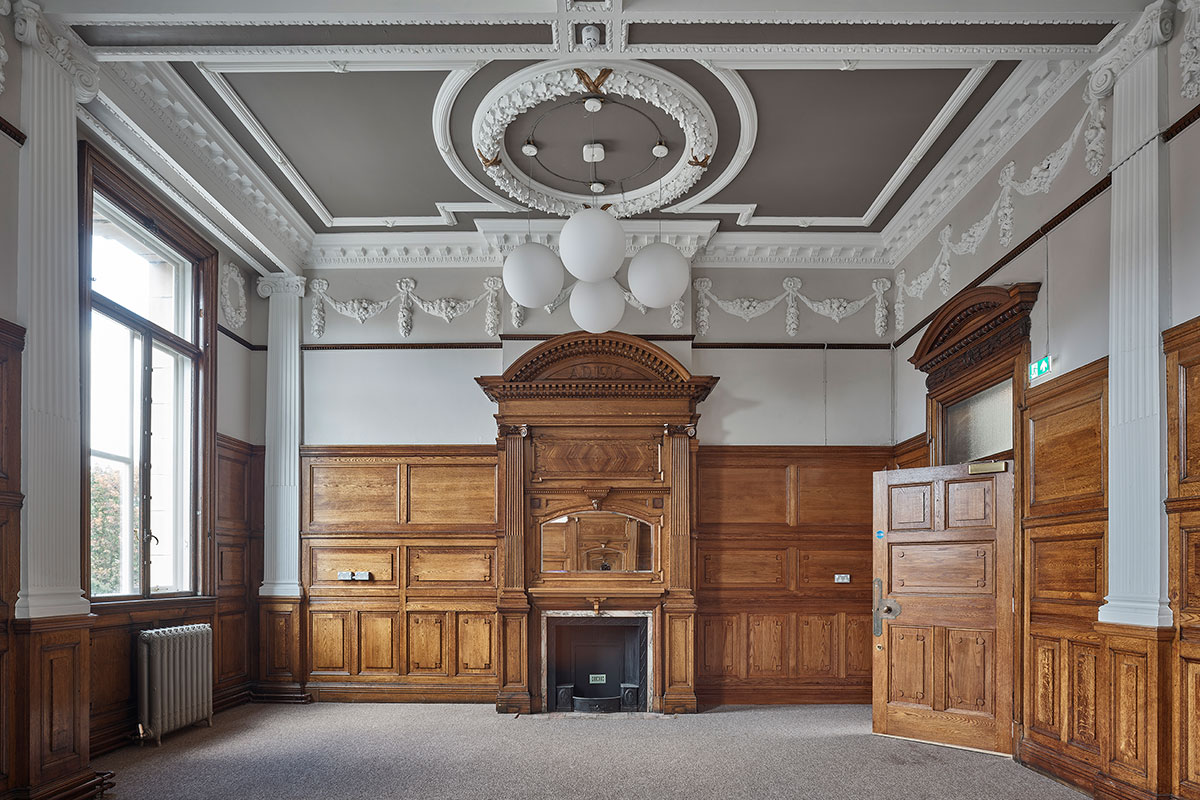