There is no greater proof that People Make Glasgow than to see the city without its crowds. The city centre has been dormant, feeling like a stage without a play. When the commuters and shoppers return from their Covid-enforced isolation the redeveloped Glasgow Queen Street station will be there to welcome them.

Glasgow Queen Street, the third busiest station in Scotland, has been redeveloped to support greener travel, increase its capacity and celebrate its city. The station’s expansion will allow significant increases in passenger footfalls, ultimately aiding the transition from car to green electric trains. Its dramatic new concourse aims to celebrate the passenger’s transport choice.

Before its redevelopment, I would describe Queen Street Station ‘as not only at the end of the line, but at the end of its life’.  The station needed to be both reorganised and expanded to cope with a near doubling of passenger numbers over the next 30 years.

But, extending and reconfiguring the station’s layout to improve capacity is only one aspect of the new design. We wanted to create an architecture that celebrates the transition from city to train and from train to city; a building that provides a memorable and warm ‘welcome to Glasgow’. To do this we exploited the unique qualities of the site: its incredible views of the city and the presence of the James Carswell’s historic train shed.

Much of the train shed’s supporting structure had been hidden by previous ‘modernisation’ in the 1960s. We have revealed and refurbished its Corinthian columns and given them pride of place in the new concourse. We used a new clerestory window to separate new from old and provide views of the train shed roof from within the concourse. Its glazing reveals views of the fanlight as you inspect the new customer information screen, and allows daylight to flood into the low-level station’s stairs. 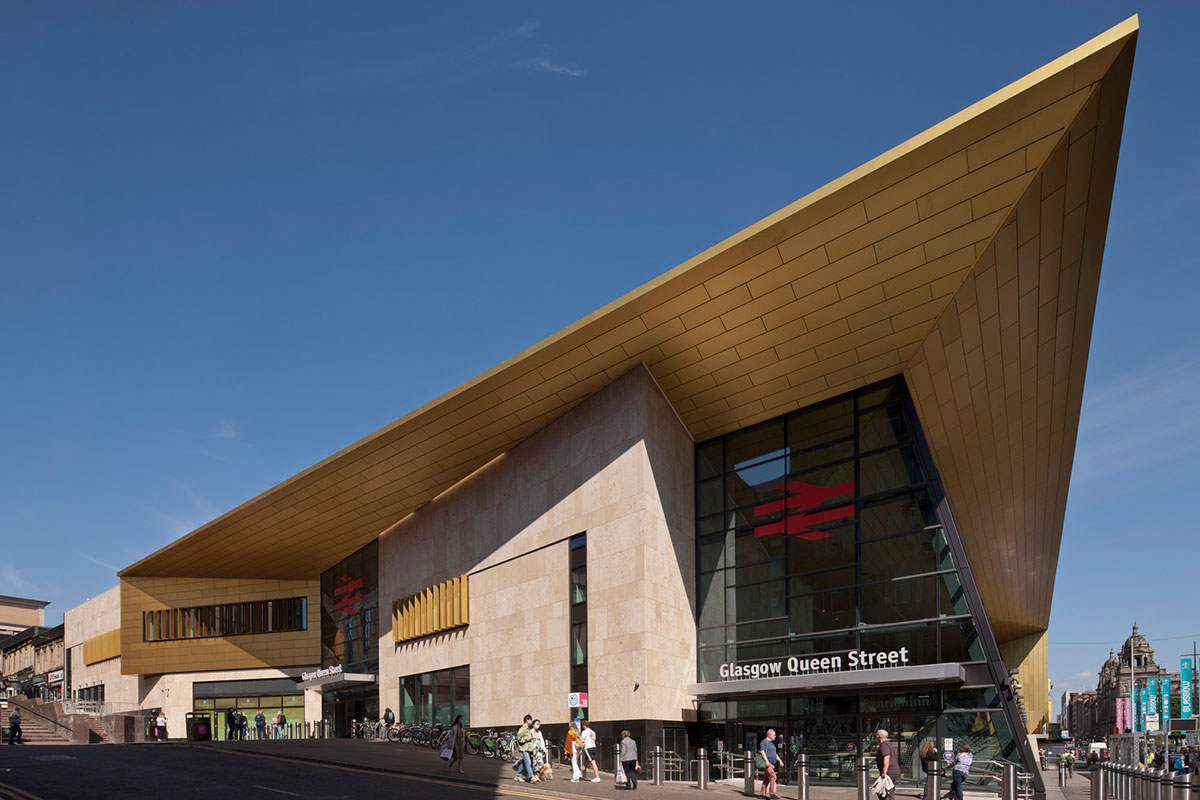 Glasgow is the real star of the show though. Now when you arrive at the station, as the new concourse ceiling is angled upwards, it is views of the historic fanlight and of the city that first greet you. Only as you approach the gate line does the drama and colour of the new concourse reveal itself.

The new roof is used as a unifying element that defines the extent of the public concourse and signals its entrances. It folds down at the George Square entrance, turns the corner at the West George Street entrance, and folds again to guide you to the subway as you exit to Dundas Street. Here a deep inflection in the façade ensures the roof is always suggesting shelter. 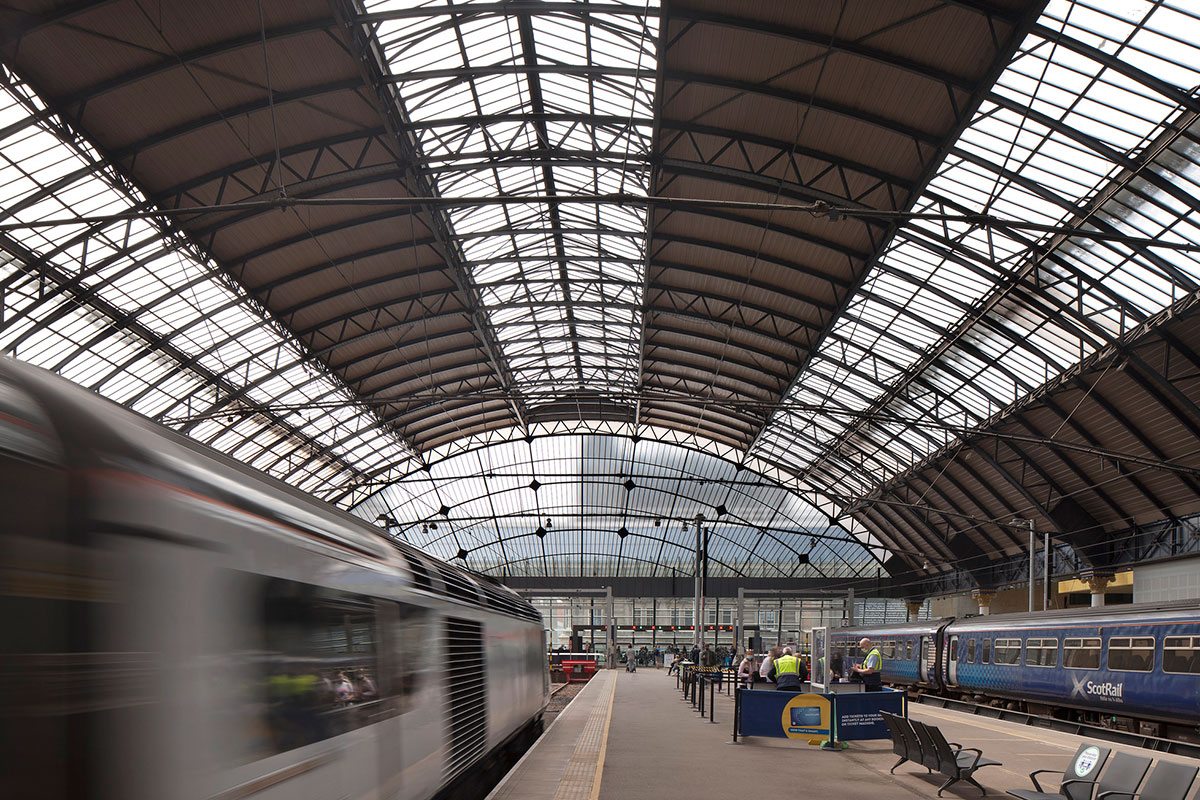 We viewed the Edinburgh Glasgow Improvement Programme’s redevelopment of the station as an opportunity to assert Scotland’s confidence in the future of rail with a building that celebrates the passengers’ transport choice. The station is not just a welcoming, accessible building that now caters for increased footfalls, but an extrovert place with an enticing and memorable civic presence – a building that hopefully will bring a little delight and pride to all who use it.