Beckenham Place Park in south east London reopened to the public on 20 July as one of the capital’s largest council owned parks after being used as a golf course for over 100 years.

London Borough of Lewisham sought to improve the park’s facilities and attract a larger and more diverse audience. We produced the design to reactivate the 96 hectare large open green space as a destination park creating a fully accessible facility for the whole community.

The project’s key design aspects include improvement to the entrances and introduction of a site-wide footpath network, restoration of the external estate landscape to the mansion house, a pleasure ground including orchard and community planting beds and a play area and reinstatement of the original Georgian lake as the park’s jewel in the crown. This 12,000 sqm facility, complete with a new jetty, is open to the public for wild swimming as well as other water based activities.

Damien Egan, Mayor of Lewisham who was at the opening said “When you look around the park over the last three years, the transformation you see is amazing … this is the 260th anniversary of the park, but it's the first time in its history that it's been open for the whole community”

Mehron Kirk landscape director said: “It’s great to see the park being used by so many people. This was a challenging project but a great team effort between all involved to create such an amazing public park for all to enjoy.”

The opening coincides with a week-long festival marking London becoming the world’s first National Park City, a Mayor of London initiative designed to make the capital greener and healthier. 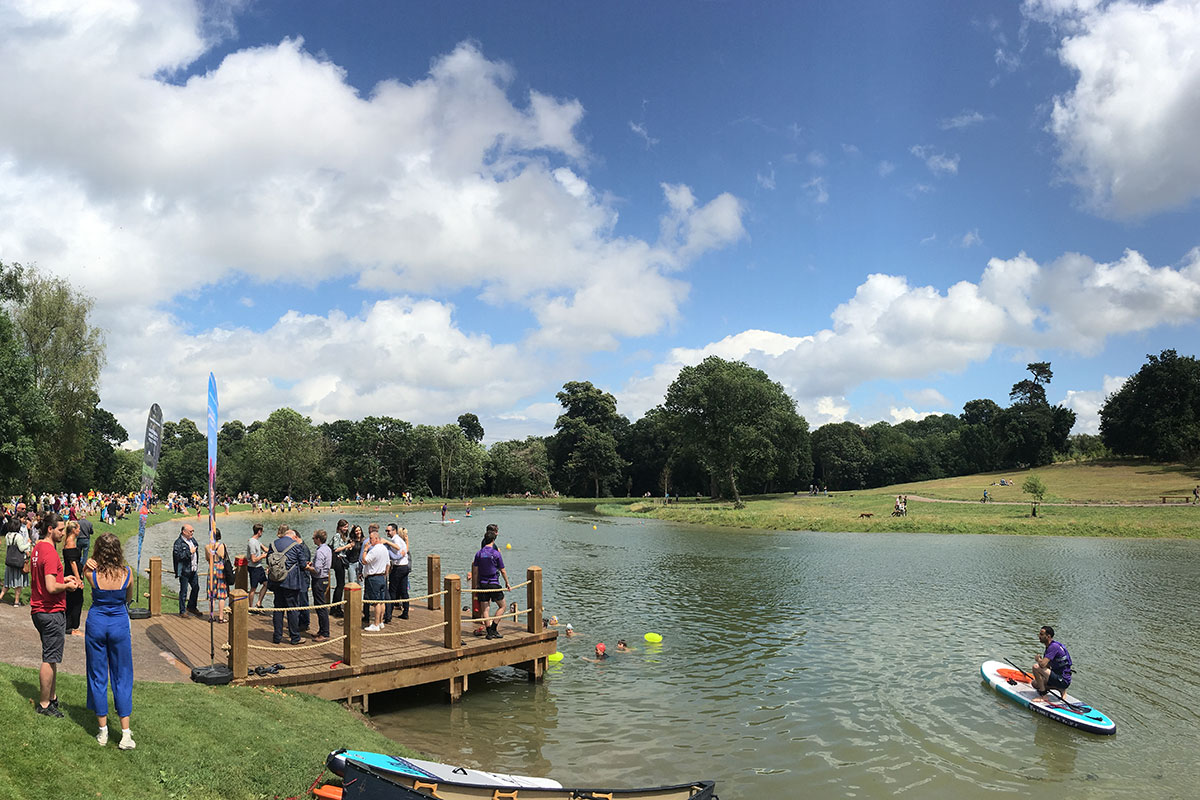