The dawn of a new era: why build new when you can repurpose the old?

Nick Fairham looks at the possibilities of reusing and adapting existing buildings as a sustainable and cost-effective way forward.

There’s a school of thought, which has been gaining increased momentum, that the property and construction industry should prioritise reusing existing buildings over building new. You may think it’s somewhat counter-intuitive for an architect to proclaim such things, but it’s undoubtedly the direction we should be heading. With sustainability having been, rightly so, catapulted to the top of the agenda, not to mention a cash-strapped public sector, and swathes of the private sector under pressure due to the pandemic, the tide is turning – and whilst it might once have been wishful thinking, now it’s reality – and most importantly it’s becoming the ‘go to’ solution as opposed to an afterthought.

Last year, Historic England released a report saying buildings need to be ‘recycled and reused’ rather than demolished to reduce the UK’s carbon emissions. It said the built environment including the construction industry accounts for 42% of the UK’s carbon footprint. Now, don’t get me wrong, we desperately need high quality housing, future-fit healthcare facilities, state-of-the-art educational environments and city centres that thrive, but there’s a much bigger picture at stake – and people are waking up to it. Meanwhile, Architects Journal’s campaign, RetroFirst, has been encouraging the architecture sector to prioritise retrofitting existing buildings over demolition and rebuild, and One Public Estate, a joint initiative to use public assets more efficiently appears to be gaining traction.

With the pandemic having caused the retail sector, in some cases, catastrophic challenges, high street vacancy rates have been significantly exacerbated, leaving space ripe for repurposing. The collapse of Debenhams and Arcadia alone left 15 million square feet of space vacant across England and Wales, according to Altus Group. As restrictions ease, some are starting to return to the workplace, and whilst think tank Centre for Cities predicts the five-day office week could become the norm again in two years, others, such as ourselves, expect a blended approach, providing even more opportunities to repurpose existing empty buildings. FTSE companies Aviva, HSBC, Standard Chartered and Metro Bank have all indicated plans to slash their office space.

Let’s take the healthcare sector: it needs to modernise, and it needs to do so fast. Repurposing rather than building new could be part of the solution. New healthcare facilities can take years, if not decades to deliver – but the Nightingale project illustrates how quickly a repurposed facility can come to fruition. At BDP, we helped deliver a temporary hospital in the ExCel Centre in 9 days, in Bristol at UWE’s Campus, in 20. The pandemic has also highlighted the critical need to focus on keeping our populations healthy from the outset, by encouraging people to take more responsibility for their own health and through a drive to keep people out of hospitals. The emergence of community diagnostic hubs is a response to this, including plans for one at the former fire control centre in Taunton – another example of reuse.

In Cardiff, we are involved an excellent example of this approach being put into practice at the Welsh School of Architecture, Bute Building. It is being intelligently repurposed by stripping this historic building back to how it was originally designed by Percy Thomas, with targeted interventions to make the most of its natural ventilation, rather than adding lots more layers of technology that, in the end, just render the property inefficient. We have designed in flexibility to ensure spaces can be used in a multitude of ways to respond to future change. For example, we’ve created a new hybrid studio space which means that individual and group tutorials can be run concurrently thanks to moveable walls and acoustic lining. 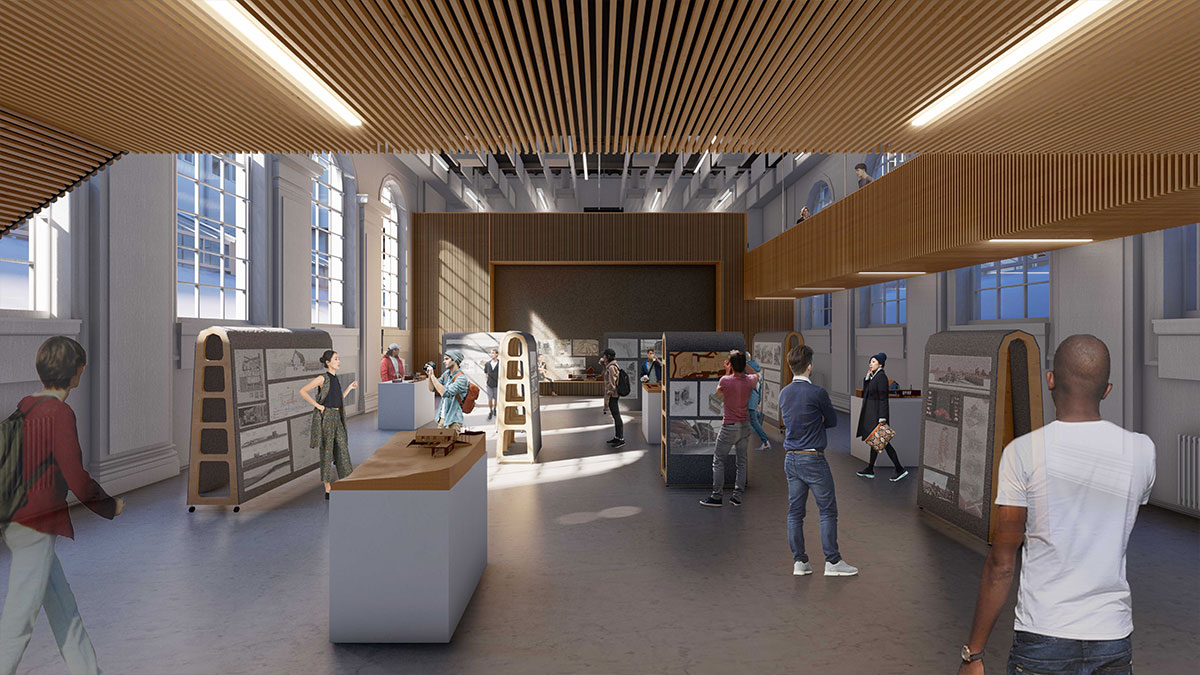 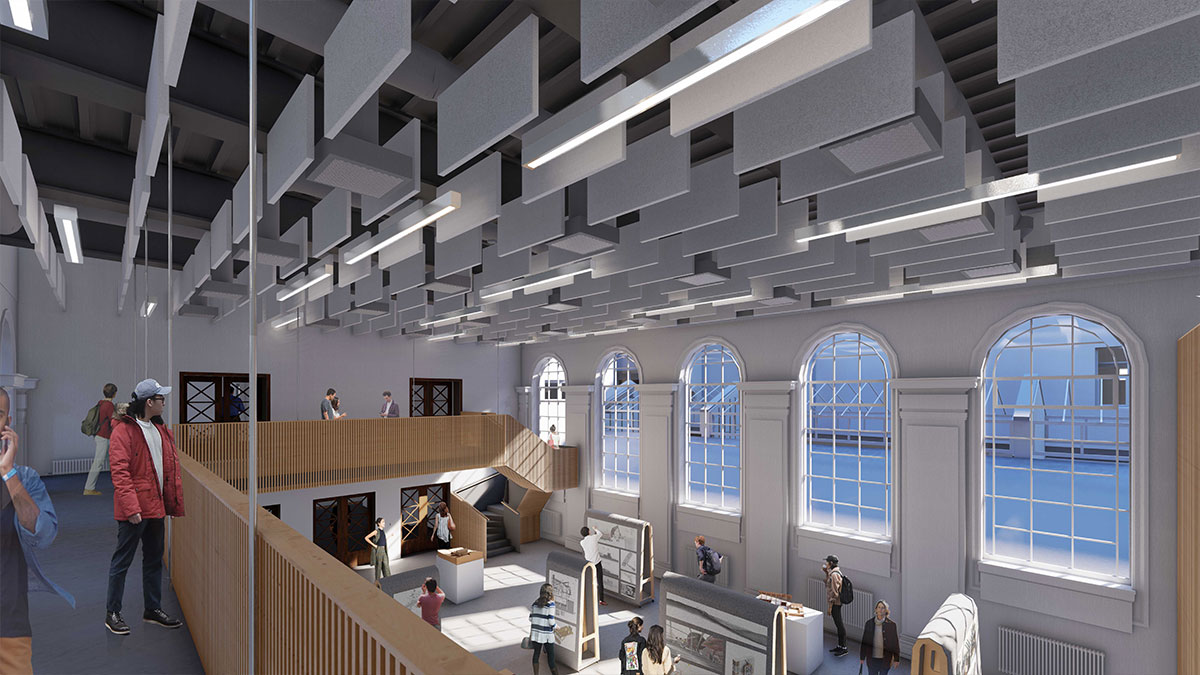 Reusing and adapting existing buildings, or empty retail or office space is something we expect to see much more of. As long as the right approach is taken to refurbishment, it can mean more sustainable, more cost-effective space for healthcare, education, the private sector and other community uses. Of course, repurposing buildings for other uses isn’t always the answer. Stockton-on-Tees made the news earlier this year with its plan to knock down an old shopping centre and replace it with a giant park. Local authorities are well positioned to balance the well-being of their populations with the economics, and it would certainly be great to see others follow suit with this way of thinking. It just goes to show that we should always challenge the status quo, remembering that just because we have ‘always done it that way’ doesn’t mean that’s how we should always do it in future. 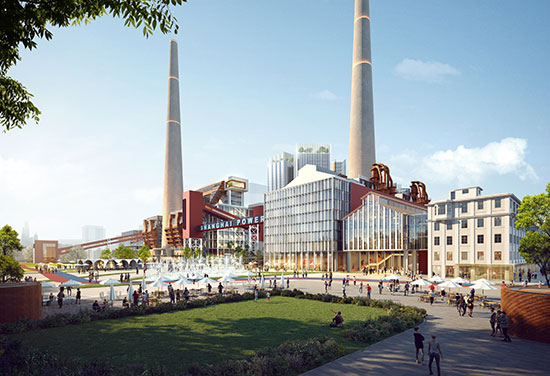 Tianyi Gu, architect director, explains how our plans for the redevelopment of an early 20th century power plant are set to reinvigorate an important and historical industrial area on the edge of Shanghai. 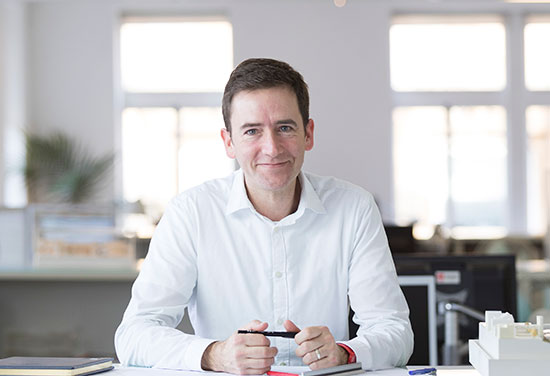 Glasgow Queen Street, the third busiest station in Scotland, has been redeveloped to support greener travel, increase its capacity and celebrate its city. 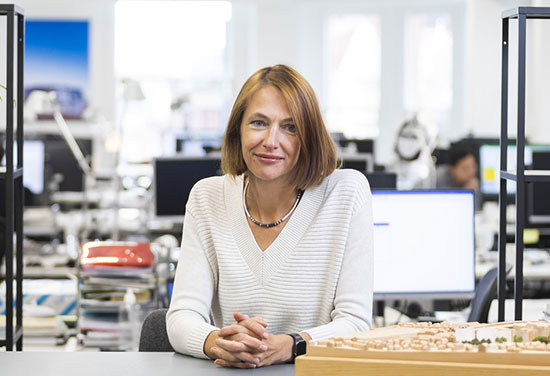 Adapting to a new normal in higher education

Svetlana Solomonova describes how the introduction of flexible, adaptive design before the Covid-19 pandemic has resulted in an easier transition to Covid-safe environments in the higher education sector.

Read more about Adapting to a new normal in higher education